Duke is one of the most iconic characters in the G.I. Joe mythos.  How much of this is due to Hasbro's persistent pushing of him and how much is actual collector appreciation, though, is unknown.  But, since 2002, Hasbro has made it so Duke appeared at retail frequently.  Often, this was to great collector angst and the figures were not all that great.  However, in 2003, Hasbro planned a Duke release that collectors were looking forward to.  A series of ARAH style three packs were given to Wal Mart as an exclusive.  They were going to be Sky Patrol themed and include working parachutes.  The figures appeared at conventions and in Hasbro photography.  However, the parachutes could not pass the safety standards for a retail release.  Instead, Hasbro gave Wal Mart an exclusive set of desert Joes and Urban Cobras.

This Duke is one of my favorite unproduced figures.  It had a decent color scheme and the most common versions featured Duke's blonde hair.  He included an exclusive black helmet, a black version of Beach Head's rifle and a black Snow Serpent backpack.  It was a decent set of gear for a figure of that era.  He has the terrible G.I. Joe logo on his leg, though.  And, that is a big detriment to the figure.  This figure was relatively easy to find for many years and remained relatively cheap.  But, the series has since dried up and has gotten a lot more expensive.  This Duke is the second most popular unproduced Wal Mart figure behind the Hiss Driver. 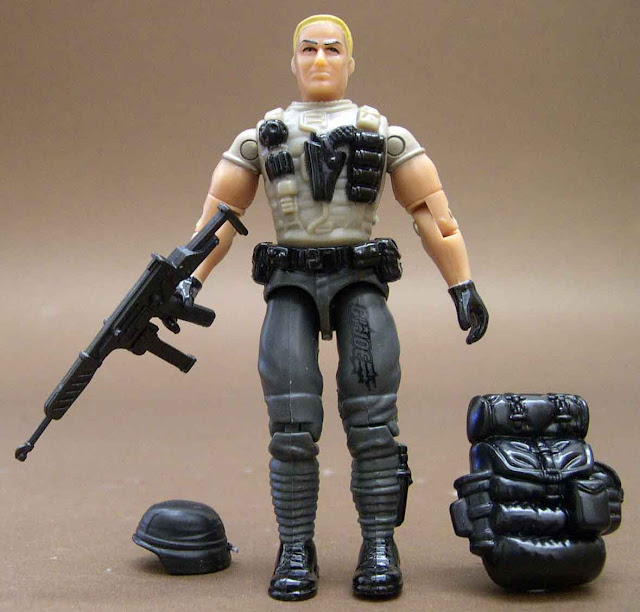