Today's profile of the 1988 Tiger Force Tripwire is part of a 3 site crossover event.  Myself, RTG and DragonFortress are all reviewing the Tiger Force Tripwire today.  RTG put this all together as a fun way to get an obscure version of an underappreciated character out there.  There's some great content and photos to fill your Joe collecting bug today.  Check Tiger Force Tripwire reviews at The Attica Gazette and the Dragon Fortress Blog to see all our takes on this figure.

I stopped collecting Joes in 1988.  I, personally, only acquired Hardball, Tiger Force Roadblock and Hit and Run.  After that, I was done buying Joes at retail until very late in 1992.  However, through 1988, my younger brothers would still, occasionally, pick up a new figure or two.  My brothers were never as into G.I. Joe as I was.  So, their purchases were sporadic and they bought figures they liked rather than focus on everything as I had always done.  But, through 1988, figures such as the Iron Grenadier, Blizzard and Lightfoot appeared in our house where I could check them out and, quietly play with them when no one was around.  One of the figures purchased by my youngest brother was the 1988 Tiger Force Tripwire figure.  In this case, I was familiar with Tiger Force since I had bought a Roadblock at the beginning of the year.  And, I was familiar with Tripwire from my childhood.  The figure was only slightly interesting to me, at first.  But, I found a few uses for him as time went on.

The original Tripwire wasn't a huge player in my childhood collection.  The comic and filecard portrayed the character as kind of a goofball.  And, as the figure didn't include any weapons, I found it difficult to use him in many situations.  Through time, Tripwire morphed into a vehicle driver or crewman.  (Most commonly in the APC.)  So, when this Tiger Force version showed up, I didn't really see a lot of use for the figure.  Mostly, I was disappointed that my brother had chosen such a bland release for his purchase of a new Joe.  It seemed that there had to be better figures available.  But it was hard to criticize him when I was to embarrassed to buy toys anymore.

The Tiger Force figure, though, is decently done.  The best part, for me, is that the head and arms contain a similar green color to the original figure: tying them nicely together.  For someone who used this Tripwire in the manner that I did, having this symmetrical color was a nice feature.  The green is well complemented by the brown color, too.  The brown isn't an overly common color on vintage Joes made prior to 1988.  And, it's welcome here.  The yellow and black tiger force armor pad is a bit ostentatious.  But, again, in some context, it can be deemed acceptable.  The mine sweeper is nearly identical in color to the 1983 release.  But, as this accessory was never available in an accessory pack, it was nice to get a new one.  The charcoal colored pack and mines are a unique addition to this figure.  But, due to his green highlights, you can interchange 1983 gear on him with no real detriment to the figure's appearance.

This Tripwire became an officer type figure who lead the other Tripwires who manned various vehicles.  He would sit in the passenger seat in the APC and coordinate a convoy of vehicles that were driven by busted Tripwire figures from years earlier.  He never really got any characterization in this role and would often either be inconsequential to the story or end up perishing.  In the mid 1990's, this figure was one of the few I had available to me.  And, he would often find himself as a prison guard commander who lead a transport of prisoners from a Joe base to their final place of incarceration.  I never really saw the figure as a mine sweeper simply because I never really had any adventures that required that specialty.  I preferred my Joe adventures to be about the interpersonal combat between Joe and Cobra forces.  So, impersonal weapons like land mines, missiles or, even, aircraft rarely were a factor in the story.

Tiger Force, as a concept, is somewhat odd.  The coloring isn't really for anything.  It's just a unifying color scheme to tie some figures together.  The real purpose of Tiger Force was so Hasbro could get some old, and popular!, characters back into the market without reissuing them.  And, it was a way to increase sales with cheap repaints rather than all new molds.  The 1988 G.I. Joe line, generally, seems cheaper than prior years.  Many figures skimped on paint applications.  Though, many made up for it with a massive amount of accessories.  The flagship playset for the year was the Rolling Thunder. And, while impressive, it was a substantial step down from the USS Flagg, Terrordrome and Defiant of the previous three years.  This simply could be bias since I wasn't immersed in Joe in 1988 like I had been in prior years.  But, it does seem that something changed in 1988 in regards to Hasbro's approach to the line.  (My guess is that it was the failure of the movie.)

In a way, Tiger Force can be vilified for ushering in the notion of repaints.  But, this is unfair.  The figures used in Tiger Force hadn't been available on retail shelves in a couple of years.  And, the repaints were substantial changes from the character's original appearance.  While you can debate the usefulness of Tiger Force, it did offer something very different.  And, it gave younger collectors a chance to own characters that they saw playing prominent roles in the cartoon that was still in syndication around the country.  But, Tiger Force was the harbinger of changes to the toy industry.  Toy lines needed to be squeezed for profit and repaints were a way to do that.  While these early appearances of repaints were substantial and far removed from the original figures, that would change in just a couple more years as Hasbro would begin repainting molds in subsequent years and many times the repaints would not be anything that really made sense other than to make a change.

The Tripwire mold saw a lot of uses.  The original figure was released by Hasbro in Europe, Japan and China.  There are a few arm insignia variants on the original Tripwire depending upon the time of his release.  Palitoy released an exclusive repaint of Tripwire named Blades as part of their Action Force line.  In 1985, the mold was recolored into the now stupidly expensive Listen and Fun Tripwire figure.  Then, this Tiger Force version showed up in 1988.  The mold went cold for a while before it resurfaced in Wave 4 of the ARAHC in 2001.  Then, Hasbro shuffled the mold off to India where Funskool produced their bizarre version of Tripwire in 2003.  It's likely the mold is still in India as the Funskool Tripwire was last produced in the 2009/2010 timeframe and it's certain that we'll never see Tripwire again.  Collectors have enough to track down.  And, while I'd have liked the 2001 figure to have been more distinctive from the original, I don't feel that collectors really got shortchanged on the Tripwire options that are out there.

Despite an general uptick in interest in the Tiger Force subset, this Tripwire remains relatively affordable.  You can pick up a mint and complete with filecard version for around $8 with regularity.  Dealers will sell him for substantially more.  But, cheap versions abound and there's no real reason to spend big money on him.  This is likely due to Tripwire's general lack of popularity and the fact that there are several other Tripwire versions that are probably better than this guy and are equally easy to find.  I'd never pass on a subset figure that price, just because things can change.  But, Tiger Force has been popular for over 20 years and the interest seems to focus on other members of the group rather than Tripwire.  But, this allows the modern collector to pick up an interesting figure for cheap.  That's never a bad thing. 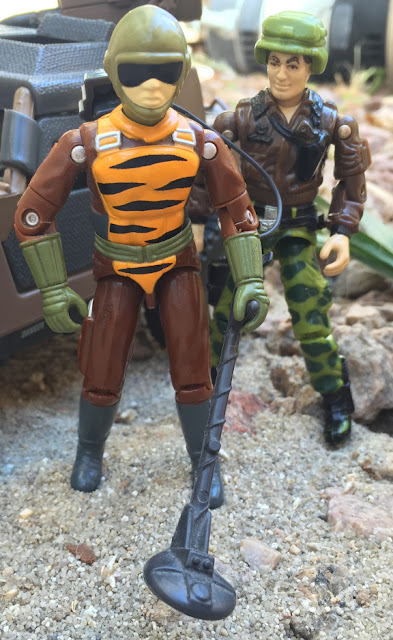 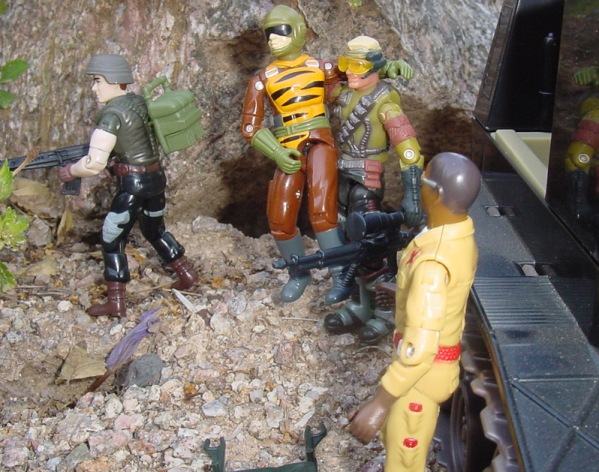 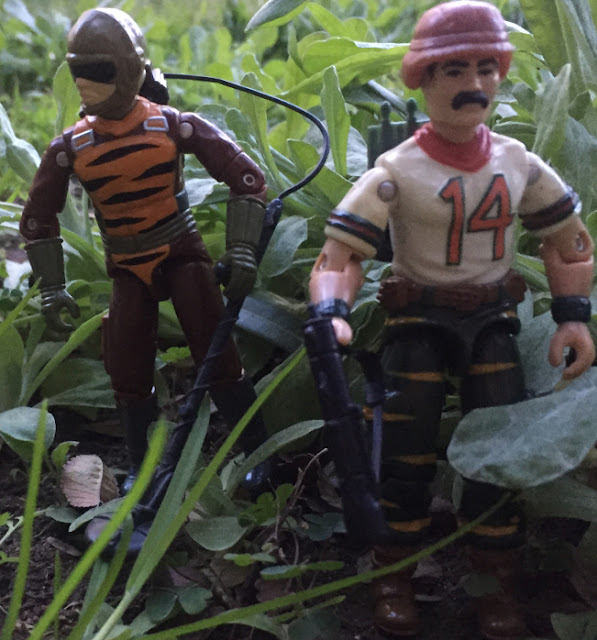 Posted by Robot_Sonic at 2:51 AM
Email ThisBlogThis!Share to TwitterShare to FacebookShare to Pinterest
Labels: 1988, Tiger Force, Tripwire