Hasbro was always looking for ways to expand the Joe brand.  And, even in the early 1980's, retail partners were keen to cozy up with Hasbro to produce exclusive toys.  In the early days, these items were heavily focused on retailers with large catalog business.  In the U.S., both Sears and JC Penny's were able to carry specially packaged Hasbro products.  And, Sears was even able to secure exclusive toys for sale in their catalog and in their stores.  Sears was even able to secure an exclusive toy for their Canadian stores: the infamous Cobra M.S.V.  And, it is to Canada we look for another exclusive vehicle: the Cobra Combat Tank.

In 1984, the Consumer Distributing chain of stores was able to secure a Hasbro exclusive.  They got an all black repaint of the MOBAT.  This was named the Cobra Combat Tank and included a swivel arm version of the helmeted Cobra Commander figure.  It has since become one of the rarer vehicle repaints and is highly sought by many collectors.

Consumer Distributing was a warehouse store.  It seems to be most analogous to Service Merchandise in the U.S.  You ordered from a catalog in the store and waited for employees to bring it out to you.  (My Service Merchandise store had a conveyor belt on which your items would slide from the back of the store to the front where you picked it up.  So, it is this image I associate with this model of retail...even if other chains may have looked differently.) They were large enough to secure an exclusive repaint.  It would be interesting to know how many of these items were produced.  It's likely that the total number is quite small.

Consumer Distributing tanks are expensive.  It's rare to find one in mint and complete condition.  They aren't as rare as the M.S.V.  And, they only have one really small, easily lost part whereas the M.S.V. has several.  As a repaint, it's kind of boring.  It's just a black MOBAT.  And, the MOBAT, in general, sucks.  But, as a rarity, the tank is somewhat useful.  It matches well with Hiss Tanks and Stingers and would be an excellent addition to a pre-1985 Cobra army.

In 1985, Hasbro repainted the MOBAT for the U.S. market with the Sears exclusive CAT Tank.  Hasbro got their money out of the MOBAT mold.  But, it's somewhat odd that Cobra actually got more releases of the MOBAT than Joe did.  So, you can make a case that it's actually a Cobra vehicle, now. 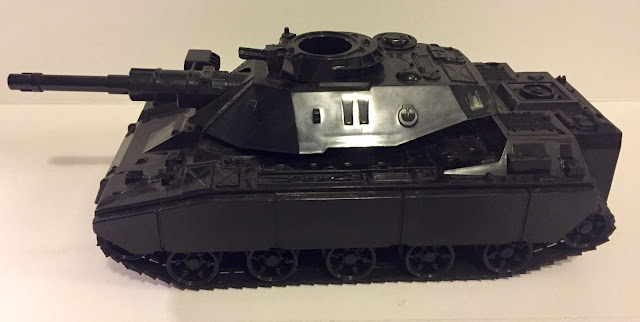 Here you can see inside of the battery compartment. 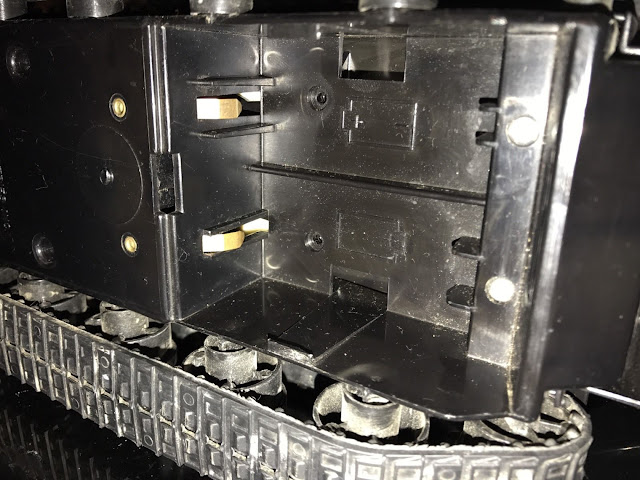 Below are the blueprints for the CDT.  You will note that they still feature Steeler being placed into the turret.  You can see the instructions in both English and French. 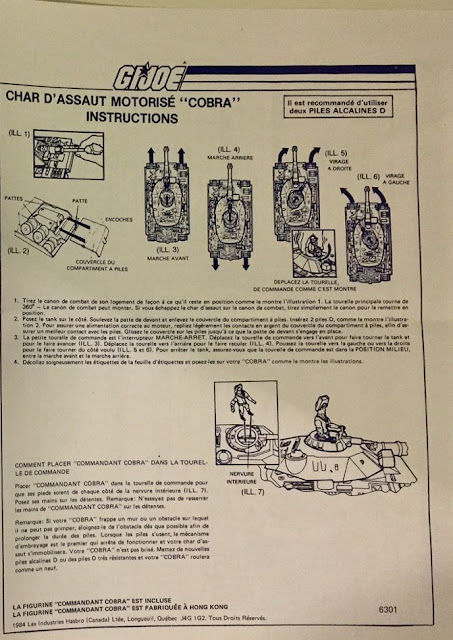 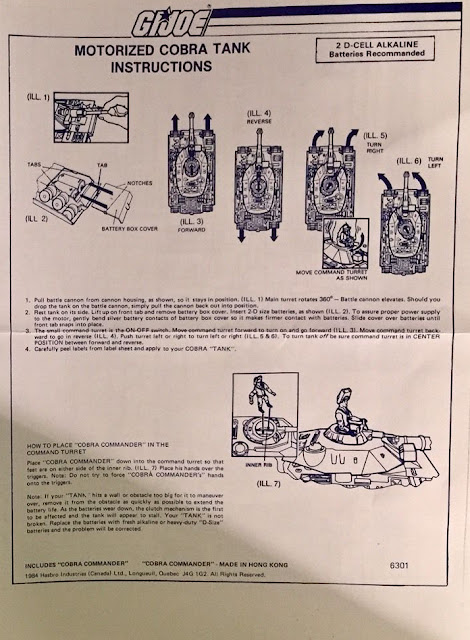 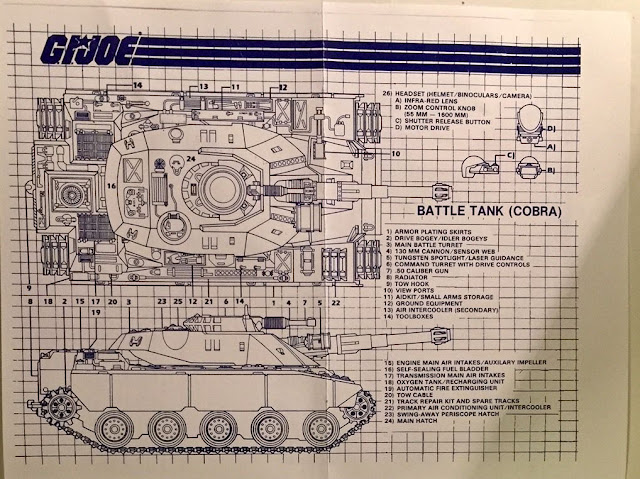 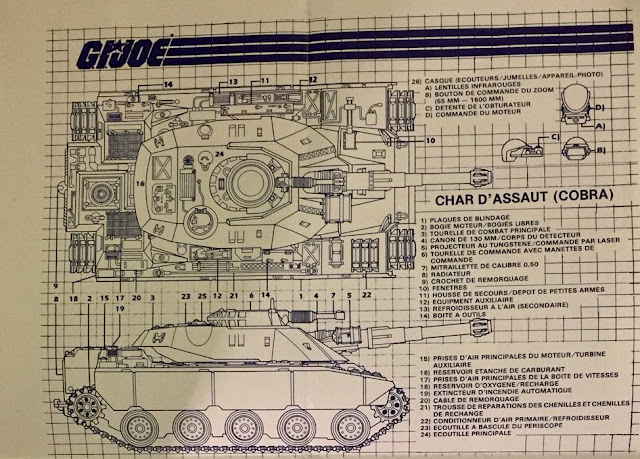 As a cheap novelty, I'd love to get a couple of these to match up with my classic Cobras.  But, as an expensive, hard to find item, I have no interest in the Cobra Combat Tank.  I never liked the MOBAT and don't see an all black repaint of it being worth the hundreds of dollars or so it would cost to get a nice one.  Many collectors like the MOBAT, though.  That, and the fact that it was a Canadian exclusive, keep this item more desirable and expensive than I will ever find it.  But, this item is a great reminder of both how strong toy lines used to be and how powerful retail chains once were to commerce.
Posted by Robot_Sonic at 1:30 AM
Email ThisBlogThis!Share to TwitterShare to FacebookShare to Pinterest
Labels: Hasbro Canada, MOBAT, Rarities, Vehicles