As part of Hascon in 2017, Hasbro released some never before seen artwork of unreleased figures.  Among these were two Ron Rudat concepts for a female ninja named Lotus Steel.  Below you will see two conceptual designs for the character.

The red head, of course, looks like Scarlett.  And, to get the figure actually produced, it's possible that Hasbro would have insisted upon the character being a new version of an existing, recognizable G.I. Joe team member.  (There was only one female figure released in the Joe line after 1987 and it was a new version of Scarlett.)  The dark haired portrait looks more like a unique character.  The big staff could have been a fun accessory for her, too.

Were this figure released in 1993 or 1994, though, it would likely be about as popular as the Ninja Force Scarlett figure is.  The non-traditional construction and bulky design of that era would doom this character to obscurity.  The same is true were she released prior to 1985.  There, the simplicity of her design would obfuscate the mold's intricacy.  However, were this figure released between 1988 and 1991, it would likely be immensely popular.  That was the height of Hasbro's sculpting prowess and this figure would have benefited from that quality as well as the novelty of being the Joe line's only female from that era.

The character art looks interesting enough.  And, collectors would greatly appreciate more female figures in the vintage style: even if it was another martial arts themed character.  The white uniform would have made a decent foil for Stormshadow.  But, it would have also been a nice color to see on another Joe.  The designs are ornate.  And, it's likely that much of that detail would have been lost upon the concept's conversion to plastic from paper.  But, Lotus Steel remains an interesting part of Joe history. 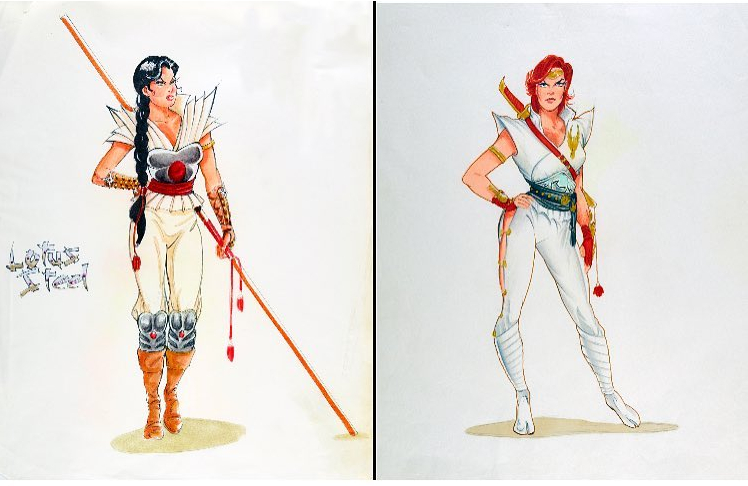 Posted by Robot_Sonic at 1:46 AM
Email ThisBlogThis!Share to TwitterShare to FacebookShare to Pinterest
Labels: Concept Art, Rarities, Scarlett, Unproduced