In 2003, Hasbro released their first Toys R Us exclusive pack of figures.  The popular theme of Tiger Force was the chosen subject.  The production set featured variants on some figures.  The main difference was skin tone.  But, the Big Brawler figure was massively different as there was both a red haired and black haired version.  This was a big deal to collectors at the time.

But, there were some pre production variants of the figures that didn't see the light of day.  The main difference was that the Big Brawler figure featured the word "Survival" on his chest rather than "Brawler".  The Survival shirt was an obvious homage to Outback.  Hasbro decided to remove the reference, though, and keep the character closer to the lame Big Brawler meme.

You'll see two Jinx variants below, too.  You'll see the skin color variances...especially in the hands.  These figures show how the figures morphed from the pre-production versions to the actual production variants.  Hasbro got more careful with their exclusive figures.  There was really only one other variant that escaped: the Desert Patrol Gung Ho's tattoo size.  But, the Tiger Force set had so many variants that it seemed kind of cheap. 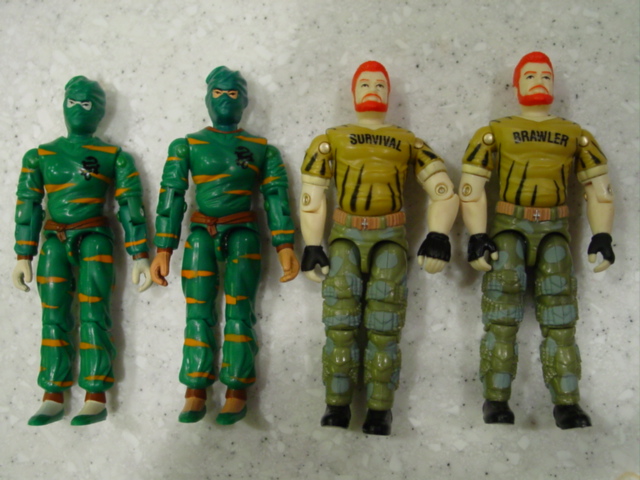 The next figure is Dial Tone.  While there are pale and tan skin variants of the production figure, you'll see a pre-production variant below with differently colored rivets.  It's not the most interesting variant.  But, it shows that Hasbro worried about such things before the figure went to production. 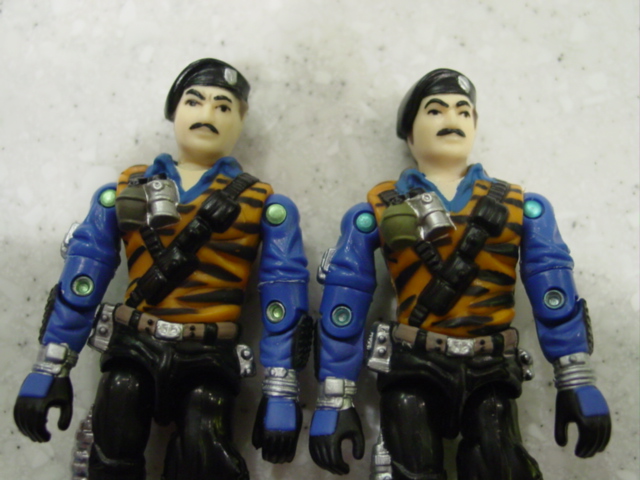