In 1998, Hasbro planned to release a repainted 1983 G.I. Joe Headquarters.  It would be in a desert color scheme and would have been the flagship item in the 1998 Toys R Us exclusive line.  The HQ was slated to include 5 figures: Outback, Dusty, Law, Pathfinder and Dial Tone.  Hasbro, though, was unable to procure the HQ mold.  And, the showcase item for 1998 could not happen.  It seems, though, that Hasbro tried to resurrect at least three of the figures from this set in Dial Tone, Outback and Pathfinder.  They may have been for a planned 5th 3 pack of figures.  If this were the case, it is possible that the case logistics for 1998 would have been too skewed.  (The three packs shipped in 6 set cases with 2 each of the Oktober Guard and G.I. Joe Divers and one each of the Cobra Infantry and Cobra Polar Assault.)  Whatever, the reason, the figures were cancelled and a very few samples of the unproduced items made their way into the collecting world.

Of the three figures in the set, Dial Tone remains the rarest.  But, since you can count the number of each figure on your hands, rarity is relative.  But, you can see the intricacy of the Dial Tone design in the photos below.  Dial Tone is full of intricate paint masks, even if the colors are somewhat obscured by the camo pattern. (I'd have preferred some of the straps and pads on the figure to be black so they better stood out against the pale tan of the figure's base.)  The camo pattern is unlike anything we'd seen up to that point.  If you compare these figures to the 1993 Duke (a recent desert figure) you can see the upgrade in paint technology that Hasbro employed on these figures.

The Dial Tone would have included a black version of his gun and a black version of Firefly's walkie talkie.  In some ways, this makes sense.  Dial Tone should have his gun.  But, when the figure finally showed up in 2000, Dial Tone's original rifle was gone and replaced by a 1991 Dusty weapon.  His packmate, General Tomahawk, though, included a silver version of the Dial Tone rifle.  It was a shame the figure didn't include the signature backpack.  But, none of the future releases included it, either.  So, it's possible the mold was lost or damaged.

Collectors really missed out by these figures not being released.  Aside from the fact that Outback never returned to retail, the entire set featured a look that would never appear again in the Joe line.  (The 2004 Desert Patrol had some similar figures and the Stalker would have been a great companion to this set.)  While Hasbro did release all of the characters except for Outback in the 2000's (and, the mold was sort of used on the awful Big Brawler character) none of them were in a paint scheme as intricate or unique as these unproduced "Chocolate Chip" versions.  While I love all the 1998 3 figure pack figures, I'd gladly trade either the Oktober Guard or Joe Divers for these three figures.  And, I think collectors would have, too.  The two retail packs lingered at Toys R Us stores well into 2001.  It's hard to imagine that this unproduced pack would have suffered the same fate.  But, we'll never know.

If you can find a version of this Dial Tone, you'll probably drop a couple of grand on him.  The figure is incredibly rare and has always been pricey.  A complete three figure set would set you back $5,000 in 2007.  I can only imagine what such a set would command today.  This figure is far, far rarer than the Pimp Daddy Destro.  He's so rare that his unavailability works against him.  No one knows he exists because there are so few of them out there. It's a cool figure because there is nothing else really like him in the history of the line.  So, he stands apart from many other post vintage unproduced repaints for that reason alone.  Of all the figures we didn't get in the repaint era, this version of Dial Tone and his packmates are the ones I lament the most. 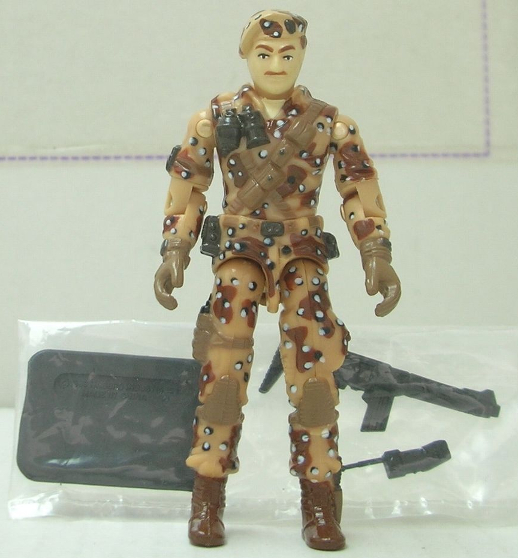 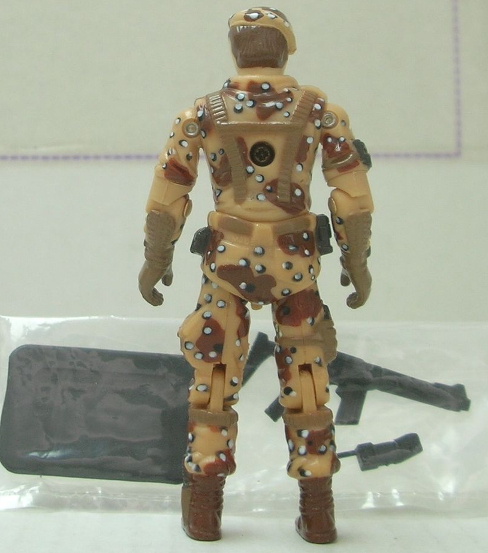 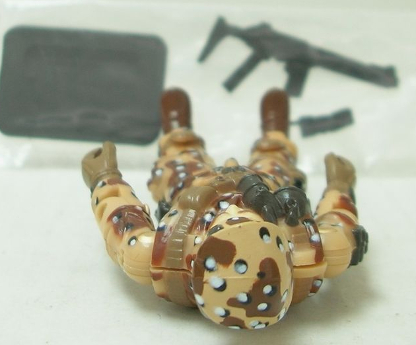 Posted by Robot_Sonic at 1:21 AM
Email ThisBlogThis!Share to TwitterShare to FacebookShare to Pinterest
Labels: 1998, Dial Tone, Dialtone, Rarities, Unproduced