One of the most frequently asked questions around various Joe forums is in regards to the Zap bazooka variants.  The reason is fairly simple: a few of the variants are among the rarest accessories in the line and command up to hundreds of dollars.  And, a few of the rare variants look very similar to far more common variants.  The only real way to tell is a combination of the bazooka's mold, its color and the markings that appear on the handle.

Below is information and photos I've gathered over the years in regards to the various Zap bazooka variants.  It is unlikely to be complete.  We know Zap had tons of variants released in the U.S., Europe, Mexico, Brazil and India.  And, his bazooka was used with some other figures at various times, too. 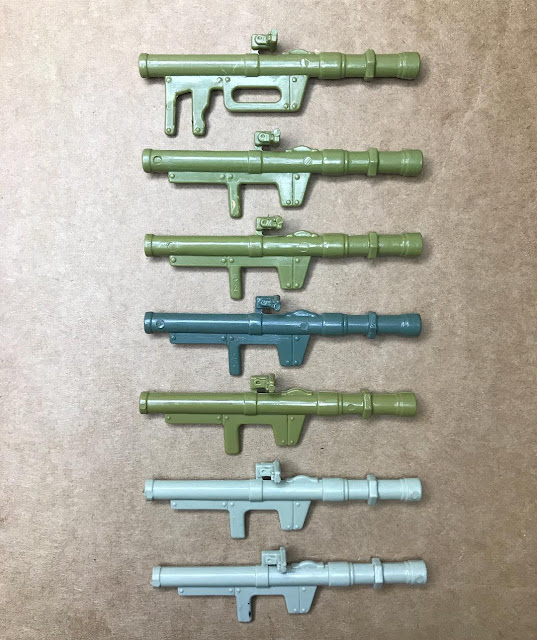 Here is another photo showing some of the variants.  From top to bottom, they are: 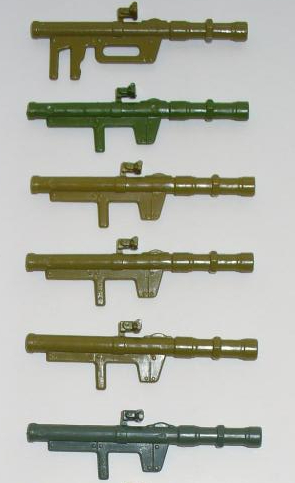 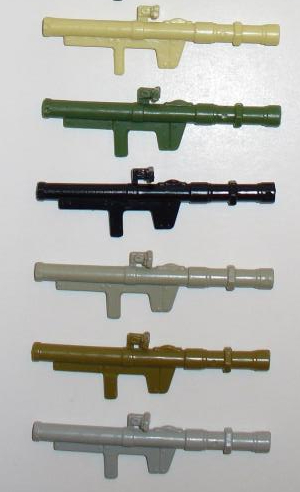 A close up of the JC Penny Bazookas 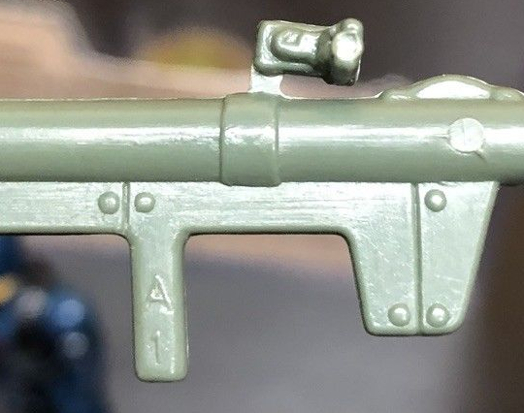 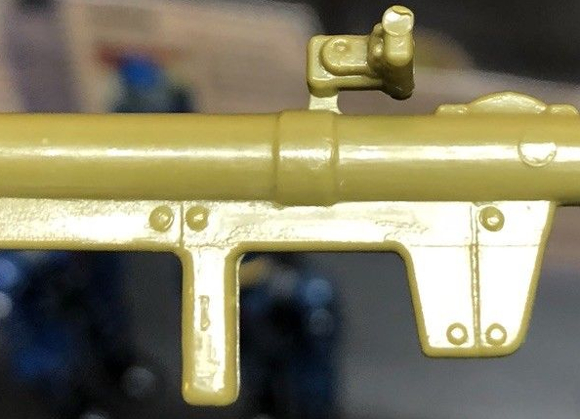 It should be noted that while the B1 bazooka is a JC Penney exclusive, it came with two different figures.  One Cobra Trooper always included a B1 variant bazooka.  But, the Zap from the same 1982 catalog could also come with a B1.  Some Zaps had it.  Others had the B2.  So, the B1 is still pretty hard to find.  But, it's no where near as hard to find as the A1 which was only included with the other Cobra Trooper.
There is a Hasbro Direct Zap figure that was available via mail away around 1986 or so.  This figure has a very slight color variant to the previous Zap figures.  And, as such, there is also a bazooka color variant that is not listed above.  I have only seen the colors and not been able to verify the markings.  So, if you have any info on this Zap bazooka variant, please let me know so I can update the resource.