In 1998, Hasbro planned to release a desert repaint of the 1983 G.I. Joe HQ.  This would have been the flagship toy of the 1998 Joe line and was planned to include an amazing 5 figures: Outback, Dusty, Pathfinder, Law and Dial Tone.

Hasbro, though, discovered that the HQ mold was gone or unusable very early in the process.  And, as such, the HQ was cancelled.  Three figures that were rumored in the set, though, did turn up in very small quantities from Hasbro sources.  Pathfinder, Dial Tone and Outback are all available as full production figures in the 1998 color scheme.  It is possible that they were saved from the HQ and planned for a 5th three pack in 1998.  But, that did not come to be.

Below, you can see the figures planned.  They feature intricate paint masks that were the hallmark of the 1998 releases.  There are several points of note:

Why these figures were cancelled and the paint masks never used makes no sense.  Hasbro never did release an Outback figure in the repaint era and he remained one of the most requested figures until his mold was shipped to India in 2003.  While both Pathfinder and Dial Tone were released multiple times in the 2000's, none of those figures featured the wealth of paint applications and details that you see in these figures below.  Hasbro incurred the expense of developing these intricate paint masks.  And, as those are, usually, one of the priciest parts of the figure creation process, Hasbro letting them die without a full production use seems very odd.  Not even Master Collector resurrected the paint masks and they ignored the Outback character in the repaint era as well.

These three figures are likely the rarest G.I. Joe figures in the world.  They have been confirmed to exist in quantities between 4 and 12 each.  Dial Tone appears to be rarer than the other two, but this just may be due to the secretive nature of these figures.  Usually, the figures price out at over $2,000 each.  The limited supply and fact that they originated with Hasbro sources rather than Asian resellers will keep them at the top of the rarity ranking for some time.

These figures are very busy, but also very detailed.  Had they been released, they would have been the standard bearers for all future desert themed figures.  This is definitely a case of collector regret.  I'd have gladly traded both the 1998 Oktober Guard or Navy Seal 3 pack to get this desert set at retail.  Neither of those have the cachet you see demonstrated on these figures.  Due to the rarity and expense it takes to get these figures, it's likely that photos like these are the only way collectors will ever get to see what they missed in 1998.  That's really too bad as these figures are definitely something that collectors would have enjoyed had they seen release. 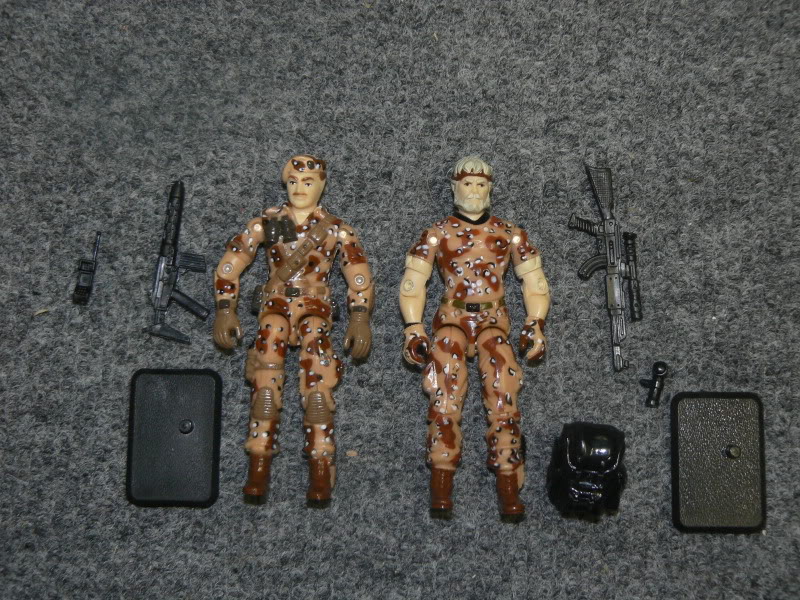 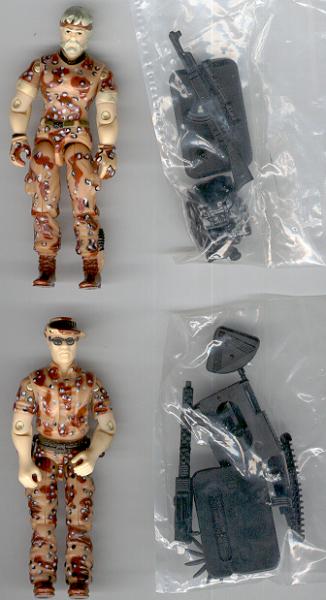 Posted by Robot_Sonic at 2:30 AM
Email ThisBlogThis!Share to TwitterShare to FacebookShare to Pinterest
Labels: 1998, Dial Tone, Outback, Pathfinder, Rarities, Unproduced