2017 was a great year.  Over 100,000 people visited the site during the year: a huge increase from 2016.  All that traffic was spread over 18 years' worth of posts.  But, a few pieces stood out.  In some cases, a social media post caused a frenzy.  In other cases, the quality of a figure sparked interest.  And, in some cases, I have no idea why a post is popular.  So, enjoy your day off with my top 10 posts from 2017 based on the site's traffic:

This was one of my first posts of 2017.  I found this comic issue at a local shop over lunch one day.  I did a quick write up.  It was picked up by several large comic sites and they drove a lot of traffic to the review. 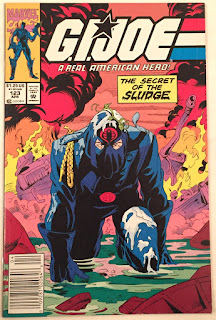 The Dragonfly is one of those early, iconic Joe vehicles that defines the line.  It really is the de facto Joe helicopter and all subsequent choppers had to live up to the standard it set.  As such, it was a hugely popular profile and continues to get lots of search engine views. 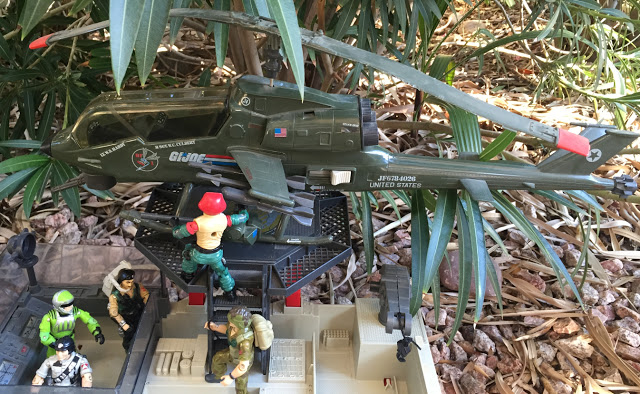 The Laser Exterminator was a big draw during International Joe Month in April.  Red Shadows are always popular and the striking red color makes for excellent photos that grab attention.  This is one of my favorite international items.  Especially when paired with an item that will show up later in the list. 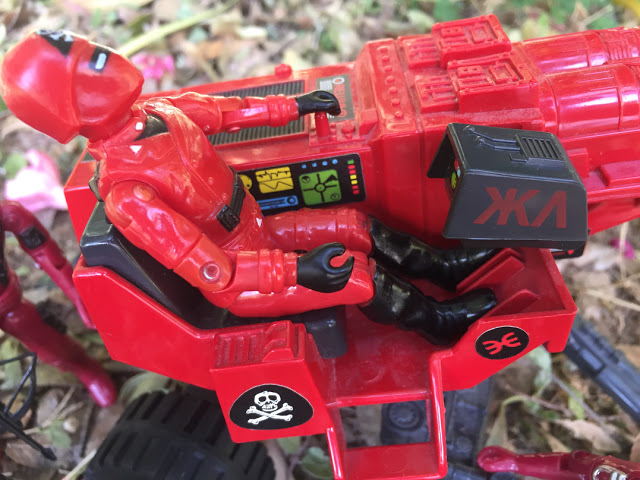 Some things, I can't explain.  Like, Lightfoot's appearance here.  His profile got a lot of traffic over several weeks.  I suspect that he got some residuals from the Tactical Battle Platform that you'll see later in the list.  But, he was among the top ten profiles of the year, beating out several vehicles and figures who I would have thought were substantially more interesting than Lightfoot. 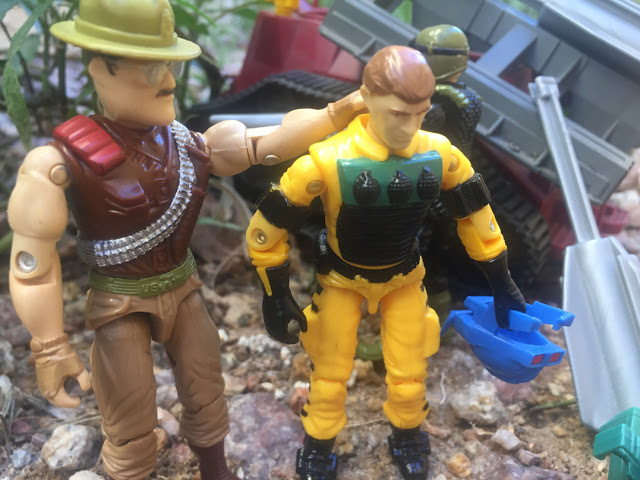 There was a time that collectors didn't much care for this figure.  He was easy to get and Alley Vipers had been overdone at retail.  But, 15 years later, this figure has become a nostalgic favorite.  Many collectors really like it and he's appreciated on the secondary market.  So, it was a very popular subject for a profile. 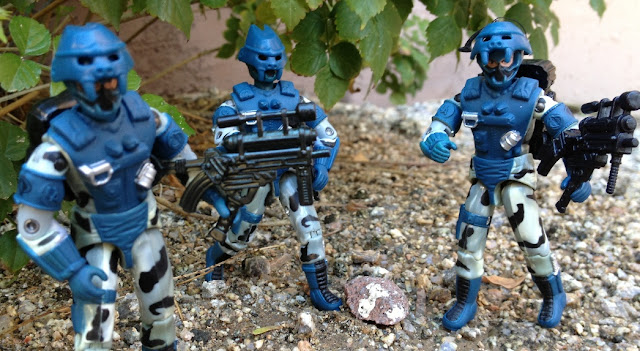 This Sonya Blade figure gets of a lot of hits from search engines.  Lots of people search out Mortal Kombat figures and she shows up in those.  Plus, this is a solid female figure from the vintage timeline and those are few and far between. 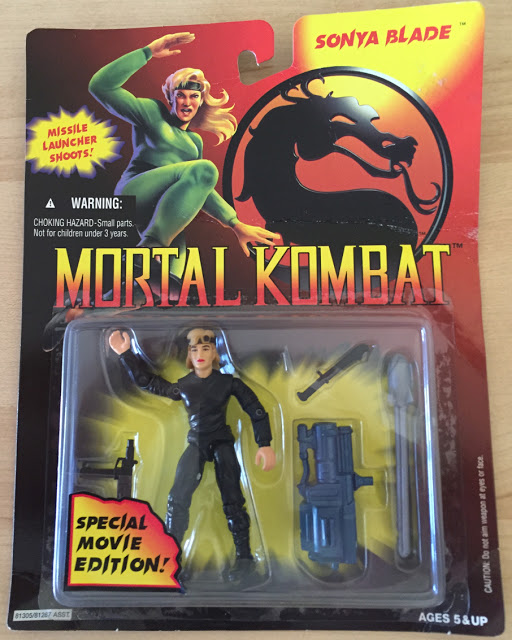 At the time of this profile, Rogue One was still in theatres and was cementing its place as a great story set in the time of the original trilogy.  The Death Trooper was relatively hard to find at the time and is a spectacular sculpt.  He remains a large driver of search engine traffic. 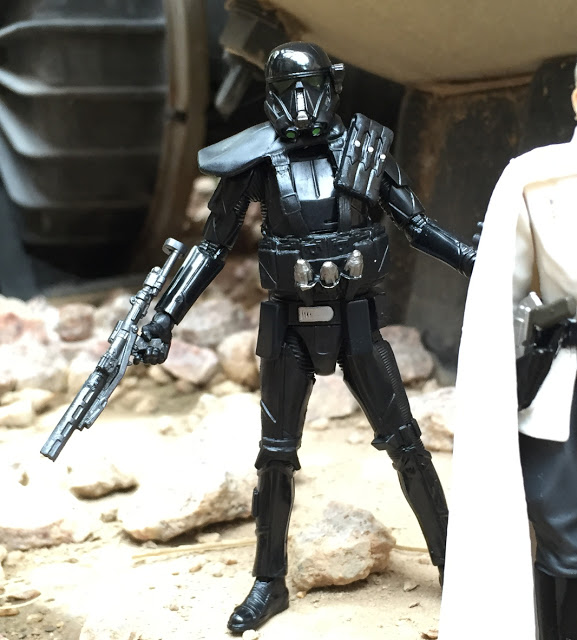 The super rare Cobra M.S.V. is one of the most popular posts in the site's history.  It was a triple whammy with it being part of Rarities Month, it being a incredibly hard to find and expensive VAMP repaint and, it being front paged at HissTank.com.  All of that added up to a popular entry and one of the most visited sections of the site. 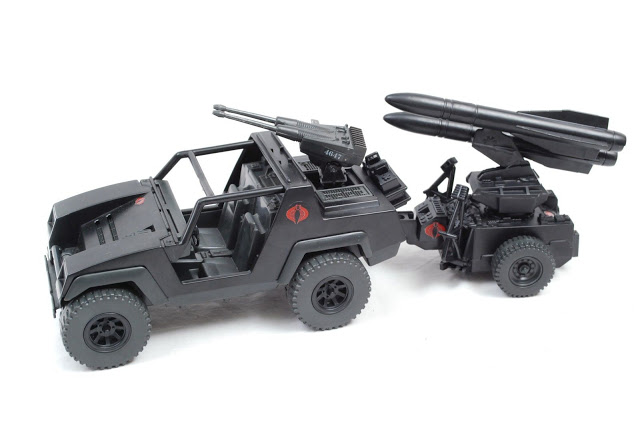 I can thank my friends at HissTank.com for this one.  They front-paged it on their site and that drove a huge amount of traffic.  It also helped that the TTBP is insanely popular and many collectors adore it.  It's a really fun playset and the type of thing everyone should have in their collection.  It still draws a lot of traffic every month just to the popularity of the playset. 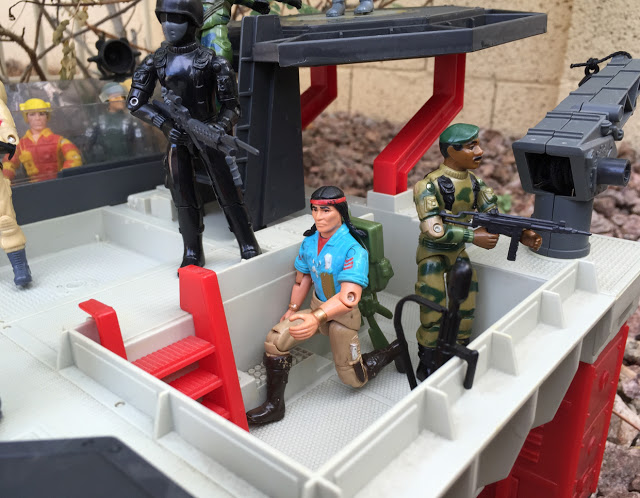 This one is not surprising.  Sightline was a huge story at the 2017 Joe convention.  And, the limited availability, homage to a well liked collector and sheer awesomeness of the figure all added up to something that lots of people wanted to see.  Sightline is the 2nd most viewed page in the history of the site.  But, the figure is easily worthy of that honor. 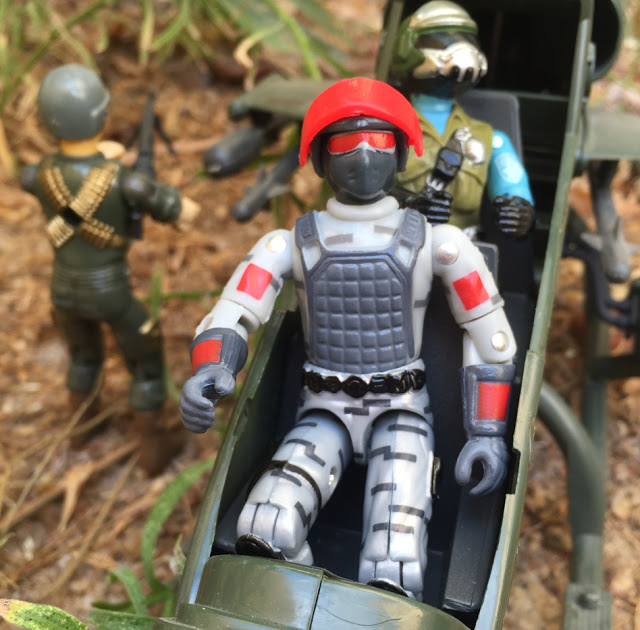 With that, 2017 is a wrap.  It was a pretty good year for collectors just due to the volume of factory customs.  It will be interesting to see what 2018 provides in that regard.  But, there is already a 3rd factory custom maker who has appeared.  So, we'll certainly be seeing a few new items in 2018.

As for me, 2018 holds a lot of promise.  I've got a few vehicles lined up for profiles as well as some figures: both obscure and otherwise.  The very popular Rarities Month will return in June.  I've got close to 20 entries all ready to go with updates to previous items and lots of new stuff.

Thanks for stopping by and spending time on my site.  I appreciate all the visitors and feedback I receive for the work I put in.  Here's to a great 2018!

Posted by Robot_Sonic at 12:19 AM
Email ThisBlogThis!Share to TwitterShare to FacebookShare to Pinterest
Labels: 2017, Features, Top 10