The Plastirama Ninja Ku figure, released in Argentina, is one of the most famous foreign exclusives ever created.  He and his even more famous cohort, Satan, have been collector favorites since they first became readily available in late 2000/early 2001.  Since then, the supply of both figures has heavily dried up and pricing has increased dramatically.  The characters were so popular that Hasbro co-opted them twice.  The first time was for the Black Dragon Ninja and Red Ninja Viper in the 2004 Ninja Strike set that was exclusive to Toys R Us.  In the anniversary line, though, Hasbro took their theft to a new level when they used the exclusive Plastirama card artwork for two figures released in their retail line.  But, this just shows that collectors desire these characters and welcome opportunities to add them to their collection in multiple ways.

Ninja Ku himself is very interesting for a few reasons.  First, he is a fairly straightforward Stormshadow repaint using black and gold.  The fig has two paint masks and that's pretty much it.  But, the color differential is striking.  Secondly, he is the first black Cobra villain released anywhere in the world.  Finally, he is a new character who is, at his core, an assassin.  These all add up to someone that collectors desire and want to see more of. 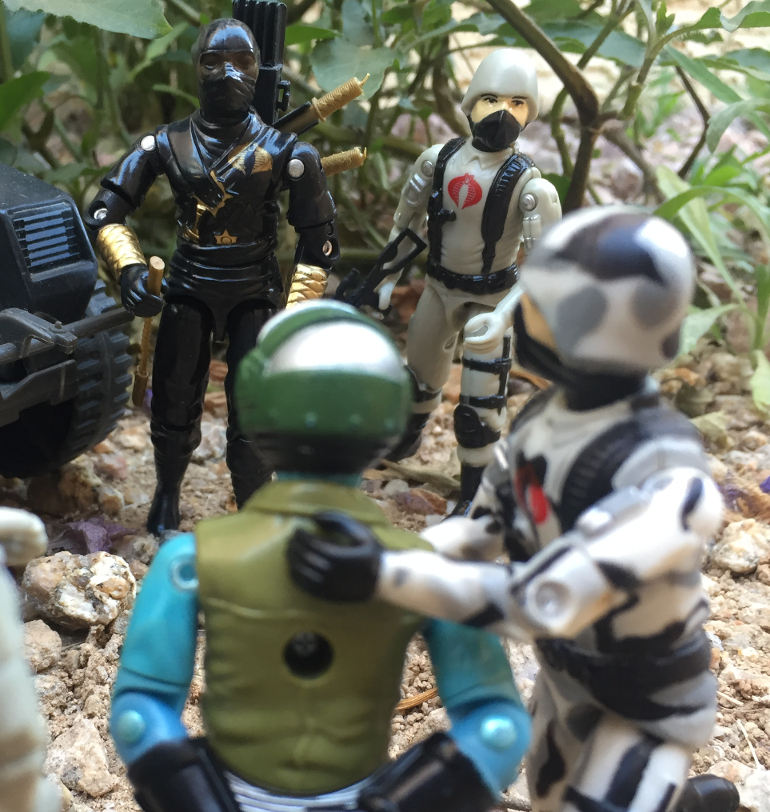