Hasbro released 6 exclusive members of the Tiger Force team in Europe: Outback, Psyche Out, Hit and Run, Blizzard, Sneak Peek and Tunnel Rat.  All have their charms with bizarre, deep orange and blue colors.  I looked at the Tunnel Rat figure many years ago.  The figure still holds up as an odd look for an iconic character.  The orange headband, yellow scarf, red shirt and blue pants don't make much sense and are an assault on good taste.  Were this an American figure, it's unlikely it would be loved.  But, as a harder to find, international variant, it has taken on a life of its own.

Tunnel Rat was a childhood favorite of mine.  I liked the character and his figure was epic.  This version is less so.  But, it still cool as a oddity and something different for Tunnel Rat.  Below you will see the figure and a carded sample.  The card artwork showcasing the new color ensemble. 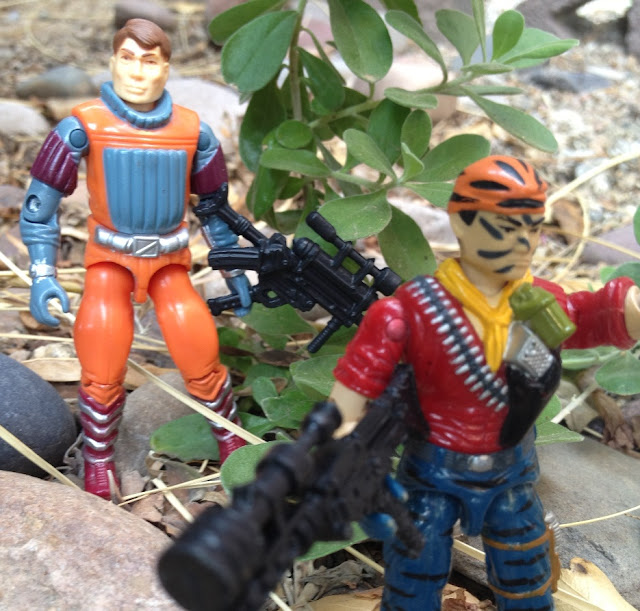 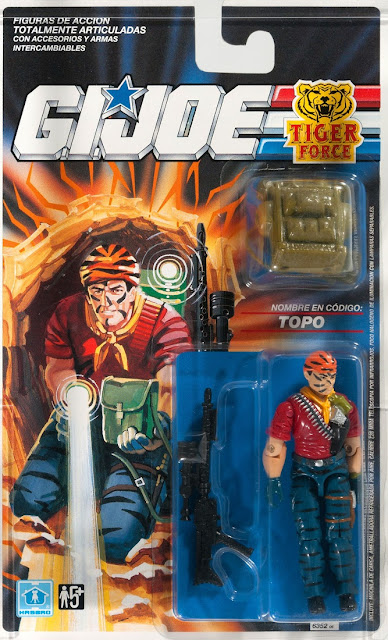