As Joe figures were cycled out of production in the United States, Hasbro looked to license their toys for use in other parts of the world.  It was a way to grow the global G.I. Joe brand while also stretching a lot more profit out of molds that had paid for themselves with just the U.S. run.  In the latter half of the 1980's, most G.I. Joe figures from the line's first three years found their way to South America where local companies (Plastirama in Argentina, Rubiplas in Venezula and Estrela in Brazil) licensed the figure molds and produced exclusive versions of the toys for their domestic markets.  These figures contained small subtleties that differentiated them from the Hasbro releases.  In some cases, the changes were somewhat major.  But, at least for the early figures, the changes were mostly due to the plastic mixture colors and some different paint.  But, the figures produced have left a legacy of high quality and fun variants for collectors to track down.  In a few cases, foreign companies produced figures that had superior benefits as compared to the Hasbro release.  One such instance is the Olhos De Fenix figure released in Brazil.

The figure itself is modeled on the highly recognizable and popular 1984 Spirit figure.  Olhos de Fenix loosely translates into the "Eyes of Phoenix".  Eyes of Phoenix is a mouthful of a code name: as is Olhos de Fenix.  What's odd is that the figure is also named Flecha Veloz, which translates as Fast Arrow.  Fast Arrow is a better code name and is something you can say.  Even Flecha Veloz would work as a distinct name.  But, it's tough to look at this figure and see anyone other than the classic visage of Spirit Iron Knife.  In some ways, though, that is a very good thing.

There are a few items of note about the Olhos de Fenix figure in relation to the American release of Spirit.  The Spirit figure has two major flaws.  First, the blue shirt and arms tend to discolor terribly.  Second, the golden wrist gauntlet paint will wear off is you breathe on it.  This makes finding truly mint Spirit figures very difficult.  The Olhos de Fenix figure, though, does not suffer from these issues.  The brilliant blue shirt does not discolor easily.  And, the golden paint on the figure's wrists is much more robust than that of the American release.  Oddly, South American produced Joes do not have nearly the same discoloration issues as those produced in Asia.  You see it on Olhos de Fenix, Cobra de Hielo and other South American issued molds.

The other difference in the Brazilian figure versus the American version are the general colors used.  Olhos de Fenix figures feature much richer color palettes.  The blue shirt is a much deeper blue than the American version.  In turn, this makes the red and gold pop more from the base background.  Olhos de Fenix's skin tone is darker, too.  It's actually more in line with his Native American skin color than the American release.  The overall color brilliance carries over to the accessories, too.  The figure's pack and gun are the much darker Brazilian green that was common to Estrela produced figures.  The loincloth is about the same in color.  But, the eagle included with the Brazilian figure is actually a lighter brown color than the the American released version of Freedom.

Ever since I acquired my first Brazilian figure back in 2001, I've had an issue with the softer plastic on the figures turning tacky to the touch.  This has occurred to figures stored in different ways in different parts of the country.  I've had it happen to figures I've opened off the card and figures and those I've acquired loose like this Olhos de Fenix.  In this case, the figure's hair has started to turn soft to the touch.  His loincloth has as well.  You can feel a slight, oily residue on your hands after handling these parts of the figure.  At this point, the plastic is 30+ years old.  So, the deterioration that's occurred may be the extent of what I'll see.  Or, it could be the harbinger of finding globs of gelatinous goo inside my figure storage bins.  But, I'm curious if others have this same issue.  Since I've seen it on figures acquired from American dealers, Brazilian aftersellers and even carded figures, I assume I can't be the only one who has found this problem.  So, if you have any experience with the Estrela plastic, let me know in the comments.

For me, Olhos de Fenix fits into a specific niche.  Like many foreign remakes of classic figures, Olhos de Fenix is a way for me to enjoy a classic figure from my childhood in a new way.  I find this figure better and more fun to photograph than the American Spirit due to the color differences.  More than one collector has commented on the quality of the Spirit in one of my photos, not realizing it was actually the Olhos de Fenix figure.  Posing him with remakes of classic characters from around the globe brings a worldliness to my collection that I enjoy.  You really don't need this figure as he brings nothing to a collection that Spirit does not.  But, having more than one way to showcase one of the figures who dominated the latter half of my 1984 play patterns is a nice, nostalgic bonus.

Spirit had a long life.  After the American release in 1984, the figure went to Brazil.  Olhos de Fenix was likely released sometime around 1986.  Subsequent to that release, the figure was then released by Auriken in Mexico in colors based on the American figure.  In 1989, Estrela fired up the mold again and produced the Slaughter's Marauders Spirit figure that was actually sold in the U.S.  Then, though, the mold was returned to Hasbro.  How this went down is unclear.  But, around 1991, a new Spirit figure was produced in Asia and released by Hasbro as a European exclusive figure.  The mold died after this.  Circumstantial evidence suggests that Hasbro could have had the mold in the 2000's.  But, it's impossible to know for sure.  All we know is that Spirit got a good number of releases around the world, but hasn't been seen in over 25 years.

A few years ago, Olhos de Fenix figures were fairly cheap.  You could get mint and complete figures for around $30 shipped from Brazil.  (So, about half that cost was shipping.)  Now, they cost much more. Nicely conditioned and complete with filecard figures will reach nearly $100, and sometimes more.  If you sacrifice some gear, the filecard or condition, it can still be a $50 figure if it's unbroken.  That's a lot to pay for something that's a slight variant to the American figure.  But, finding cheap American figures that are not discolored and have no gold paint wear is a challenge in and of itself.  The deeper colors of the Brazilian version do make him worth owning.  But, I"m not sure that the differences are worth the massive price differences between the Olhos de Fenix figure and the Spirit figure.  I was fortunate to acquire this guy when doing so was about the same price as getting a Hasbro release.  That is no longer the case.  But, I'm glad I have him now as the differences make for a better version of Spirit. 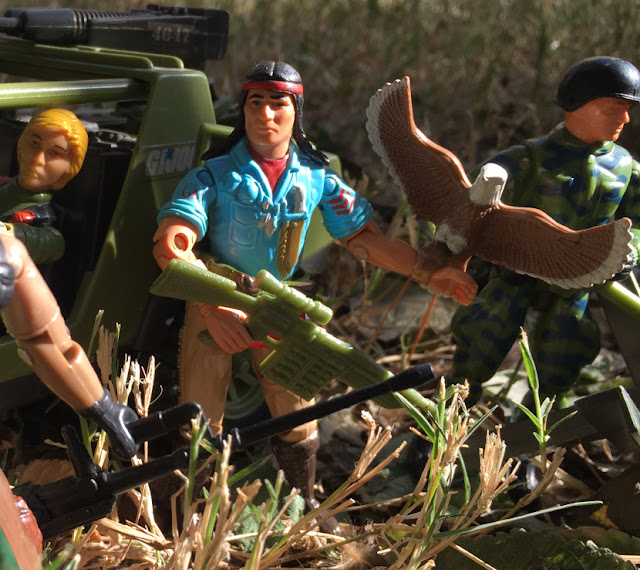 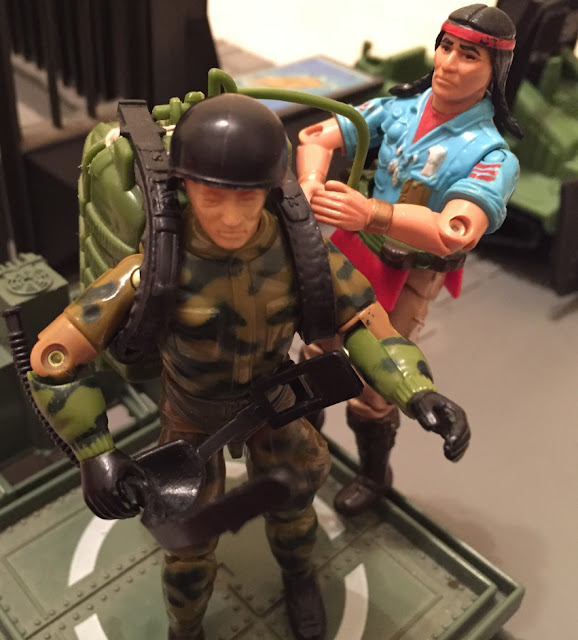 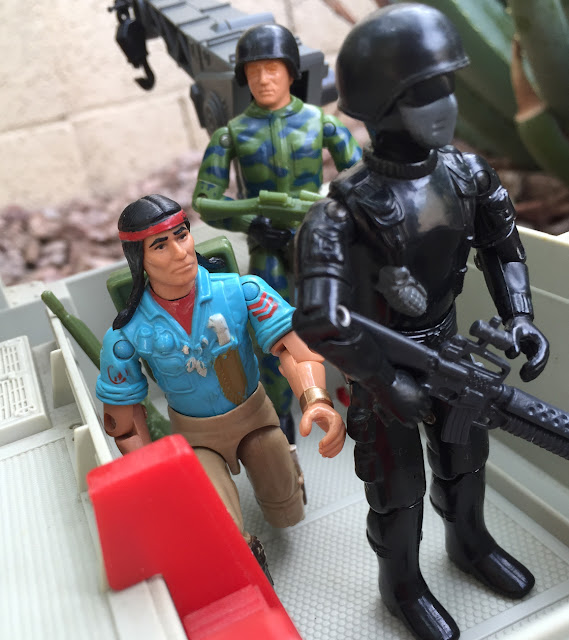