The Wal Mart exclusive Sky Patrol figures are one of the most famous unproduced concepts out there.  This is mostly due to the fact that they were shown at Conventions and that the production level figures were so readily available from Asia from 2004 through 2006.

Of the figures in the set, Stormshadow is fairly weak.  While the blue body with red highlights are substantially different enough from other uses of the mold to distinguish it, they aren't special enough to really drive collector desire.  The poor mold choice hinders the figure since his construction constricts his range of motion and play value.

This Stormshadow was actually the first of the cancelled Wal Mart figures to appear.  The first rumblings were that the figure was an unused concept from the ill fated BJ's set.  (This was picked up from the alternate Firefly and Roadblock figures that also showed up around the same time.)  But, it was quickly determined that the figure was intended for the Wal Mart set.  And, as the other figures from the set showed up, it was apparent that this Stormshadow matched their appearance.  Even with this knowledge, though, the figure didn't get any more exciting.  Once it became known that these existed in abundance, their popularity dipped.

When the Asian Joe stock was at its height, this Stormshadow rivaled the Snake Eyes from the set for least desirable release.  While the Alley Viper, Hiss Driver, Duke and Low-Light all remained, relatively, popular, Stormshadow would often go unsold for around $10 as he wasn't all that interesting.

Of the 6 figures in the set, the Joes definitely outshined the Cobras.  This Stormshadow and the Alley Viper molds were tired in 2003.  And, when the reappeared again in 2004, they became more so.  But, as an unreleased concept, this figure has merit.  Combined with the other five figures, you get a good picture of what could have been.  But, had this Stormshadow reached retail, I think he would be just as ignored as the 2004 Urban, 2000 ARAHC and 2002 BJ's figures that share the mold.  Maybe he wouldn't have been used in the Urban set if this figure had been released.  But, in the end, the Urban paint job is better than this one.  So, I don't think collectors really missed out on all that much when this figure was cancelled. 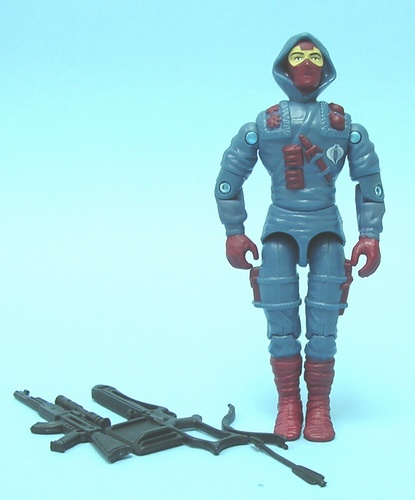 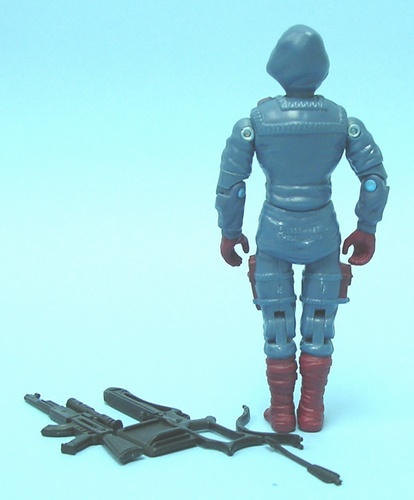 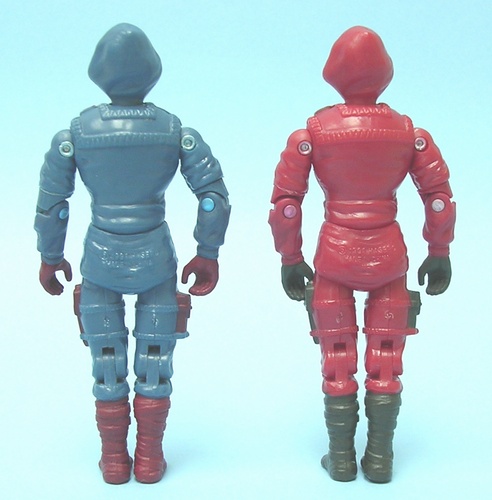