Estrela produced around 150 unique figures for its Comandos Em Acao line.  Those range from completely new characters and figure combinations to straight up matches of American released figures.  The Forca Electronica subset of figures featured one brand new character in Letal, a repaint of a European exclusive Tiger Force Outback as Forasteiro as well as minor Brazilian repaints the HEAT Viper, Muskrat, Repeater and the Toxo Viper.

This neon green Frag Viper repaint is the most famous member of the set.  His striking appearance and general rarity have lead him to become very popular among collectors.  His golden weapons only add to the figure's mystique.  Letal is the most expensive, but also most often found member of the set.  His popularity makes him available, but his pricing remains consistently high.

This darker version of Repeater is one of the rarer members of the Forca Electronica series.  He was not publicly shown until the early 2000's.  Even today, the figure is very hard to find and you will pay a premium for him.  The darker colors are a cool take on the mold, though.  And, they bring something new to the Repeater character.

Really, this is the oddest figure of the bunch.  Forasteiro is slightly brighter version of the European exclusive Tiger Force Outback figure.  How this paint mask ended up in Brazil is a mystery.  But, it means that the most common appearance of the Outback mold is a paint application that was never released in the U.S.  We all know Outback's tend to be brittle.  The easier to snap Brazilian plastic exacerbates this and finding mint Forasteiro's is not easy.  Again, you pay a premium for an unbroken figure with no paint wear.

Estilhaco is a straight and slight repaint of the 1989 HEAT Viper figure.  The purple is a bit brighter.  He's the cheapest of the 6 figures in the set, mostly due to the fact that he was fairly common in the 1990's and he only has slight differences from a very common and rather unpopular American figure.

This slightly brighter green Muskrat exclusive is fairly elusive.  While he doesn't really offer anything you don't get in either the highly common American or Funskool versions of the figures, he's still different enough to drive you mad.  The fact that he's fairly rare props up the price, too.

This brighter purple Toxo Viper repaint is the bright end of the spectrum for this mold.  The American figure is a base purple color.  The Funskool version is a few shades darker than the American.  Maligno is a few shades brighter than the American.  He also features the golden weapons that increase his eye catching properties.  Again, Maligno isn't easy to find and high quality, complete versions fetch decent prices.

The Forca Electronica figures have gotten expensive.  While both Letal and Estilhaco were relatively easy to find in the late 1990's and early 2000's, the other figures were, basically, impossible to find and a few of them had never been seen until the early 2000's.  Today, all of the figures in the subset go for a premium.  They are extremely well done repaints and the rarity has lead collectors to appreciate them more than many, more interesting Brazilian subsets.

Estrela released a 2nd series of the Forca Electronica with 2 figures: General Ataque (a Scoop repaint) and Annihilator.  These two figures were released later, and on their own.  They are MUCH easier to find than the first series and are nowhere near as expensive.

Collectors long ignored the Brazilian figures that were similar to their American counterparts.  The last decade, though, has seen this trend reverse.  Subsets like Forca Electronica show that even the slight repaints can be interesting and have merit.  Unfortunately, so many have discovered this that the figure are not nearly as cheap as they used to be. 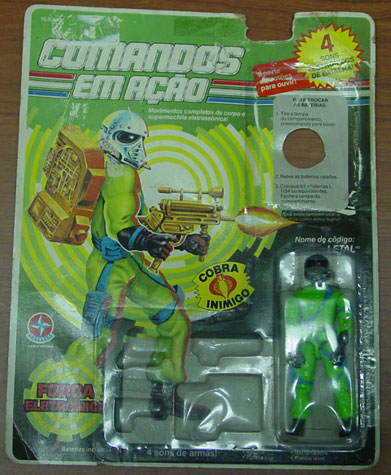 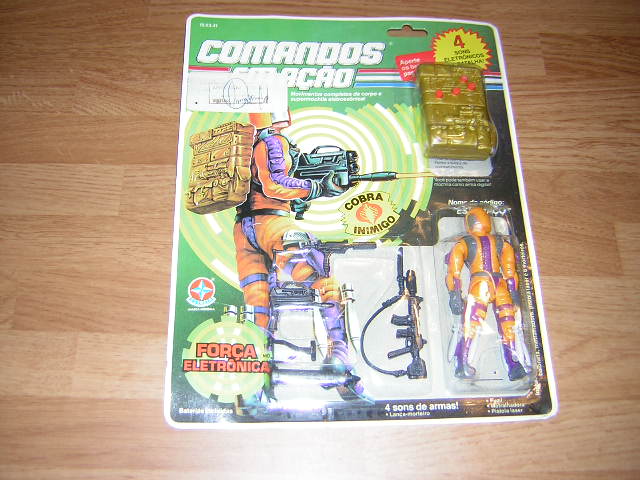 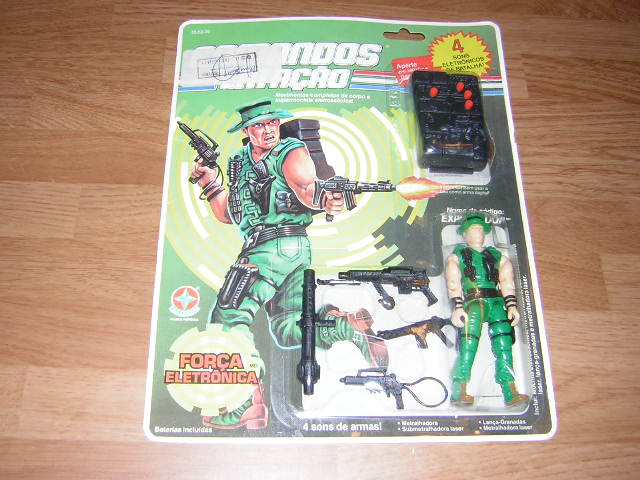 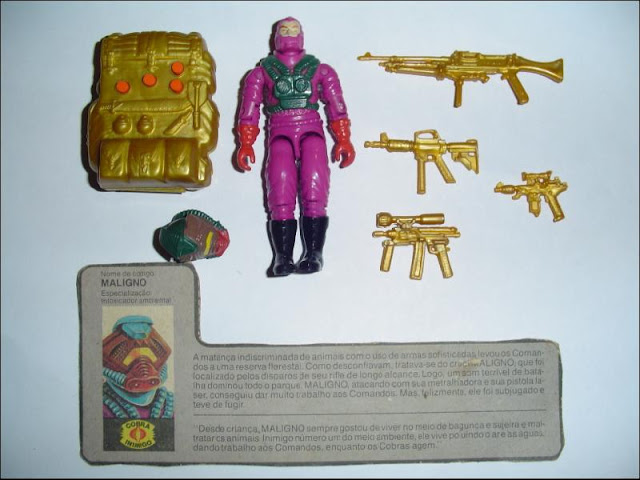