Hasbro wowed collectors at the 2003 Convention with the announcement and introduction of a Toys R Us exclusive 6 pack of Cobra Troopers and Officers that would be available in 2004.  The sets were very well done, and loved by collectors.  The accessories in the set, though, were not.  Hollowed out SAW Viper backpacks and Rock Viper rifles were lackluster choices of gear at best.

I'm not convinced that the removable helmet would have been an improvement over the production level figure.  For one, the head appears to be a swivel head version of the head that was later used on the unmasked Crimson Guard figures.  And, the helmet would have likely been a source of consternation as it's fit and security may have left something to be desired.  As an alternate figure in the TRU set, this would have been cool.  As the only option, he may not have been as cool as collectors wanted.

As an unproduced concept, though, this is an interesting figure.  Maybe Hasbro retrofitted it to a ball jointed head to use with the Crimson Guards.  That way, the would have recouped the design costs.  But, it's rare to see actual unreleased accessories from the modern era as the company is desperate to use everything they spend money to produce.  So, this figure is a great look at what might have been. 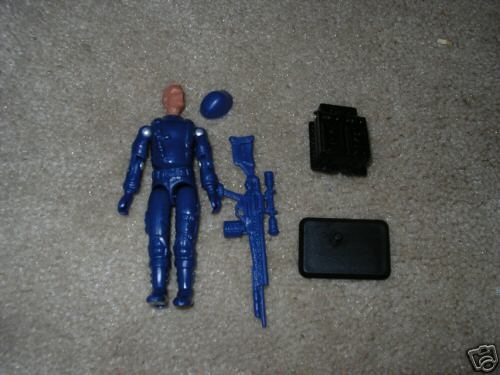 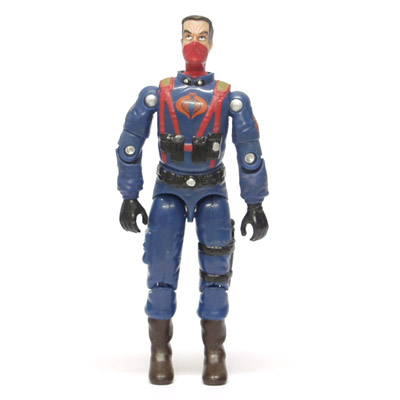 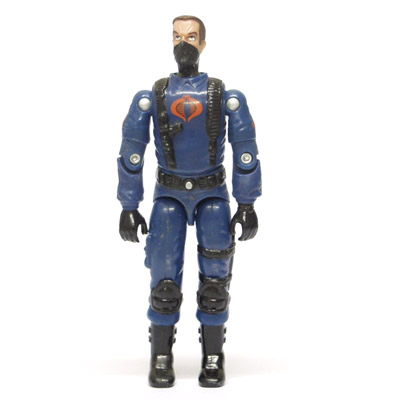 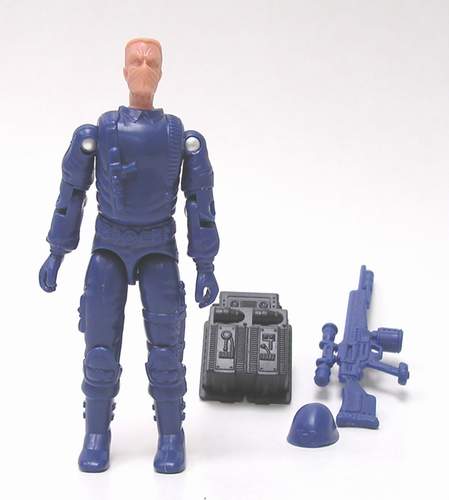 Posted by Robot_Sonic at 3:00 AM
Email ThisBlogThis!Share to TwitterShare to FacebookShare to Pinterest
Labels: 2004, Cobra Trooper, Rarities