In late 2002, Hasbro introduced the Skullbuster character to the G.I. Joe Vs. Cobra line.  The figure is a surprisingly cool blend of purple and white on the classic Range Viper mold.  Originally, though, the figure was going to be a much brighter color.  Below you see a pre-production Skullbuster that is drastically different from the produced figure.  The bluish base color is definitely more garish and eye-catching.

The Range Viper mold quite quite a bit of use during the 2000's.  The skull like face seemed a popular meme for Hasbro to exploit.  And, the figure was fairly well done, from late enough in the line that collectors didn't have tons of them, but not so late as to be ostracized by bulkier sculpting and lack of original accessories.  Hasbro also had the full range of gear for the Range Viper, though they didn't use it for Skullbuster.

The Skullbuster figure suffered from setbacks.  He wasn't, technically, an army builder.  And, he was packaged with a straight re-release of the hugely pegwarming Heavy Duty figure.  Heavy Duty wasn't even a repaint.  At the time when this figure was released, you could find the original Heavy Duty pack still collecting dust at many secondary retailers around the U.S.  So, the character and figure's star was somewhat tarnished by these packaging decisions.  Collectors still appreciated him to an extent and most collectors of that era have at least one.

While I prefer the actual Skullbuster figure who saw release, it would have been cool to get the version below, too.  He's different and different was mostly missing during the Joe Vs. Cobra time period.  Plus, the character deserved at least one other release.  The brighter colors may have been the decided factor in making the changes before the figure went to production.  But, when a figure's base coloring is purple, it's hard to justify slight shading variants as the determining factor in retail success or failure.  I don't know of too many of these pre-production figures that are actually out there.  But, it's an interesting take on a character that should have seen more use. 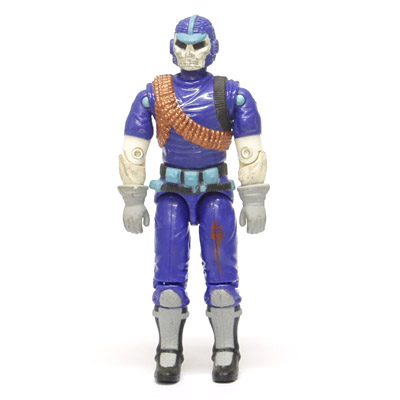 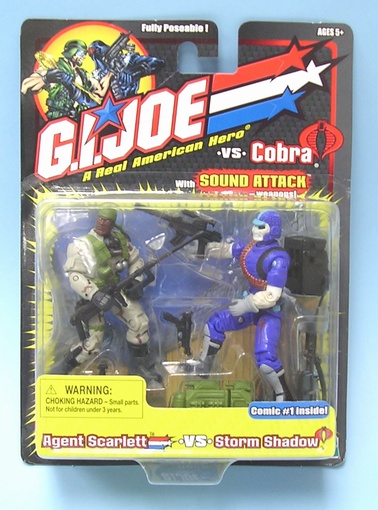 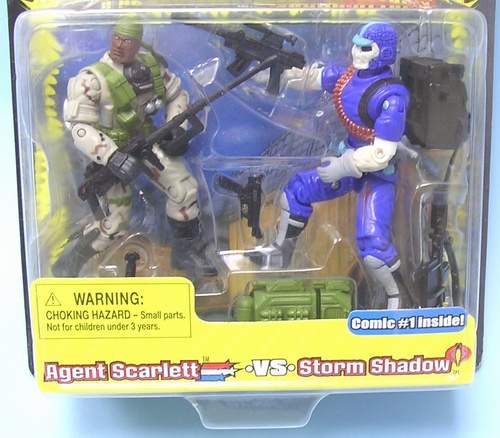 Posted by Robot_Sonic at 3:00 AM
Email ThisBlogThis!Share to TwitterShare to FacebookShare to Pinterest
Labels: 2002, Range Viper, Rarities, Skullbuster, Unproduced