The 1995 G.I. Joe Line would have seen a return to Joe's more militaristic roots in the Battle Corps Rangers line.  Some figures from this line have been seen in prototype form.  But, not all have been identified.  Along with the figures, 1995 would have seen a return of some classic G.I. Joe vehicles and playsets.  Among them was the Tactical Battle Platform from 1985, renamed as the Battle Station.  Below is the box art from the proposed toy.

There is a lot going on in this artwork.  To me, the playset is relatively uninteresting as it appears to barely be a repaint from the original toy from a decade earlier.  The real gem is the character artwork that appears.  There are 10 unique characters shown on the box.  Of these, five are definitely holdovers from 1994: Flint, Ice Cream Solider, Stalker, Shipwreck and Dial Tone.  This makes sense as none of those five had yet had repaints.  It's disappointing that they appear in their 1994 colors.  But, that does not mean that they would have been precluded from a new, 1995 paint scheme.

There are two very recognizable figures from 1995 on the artwork: Footloose and the Unnamed figure.  The Unnamed figure has a baseball cap and was believed to be Flint.  (I list him as Flint on this site.)  However, there has long been speculation that this is not Flint.  And, the appearance of the 1994 Flint on the box would seem to confirm that the new figure is also a new character: not Flint.  (The notion that this is Flint is traced to an article in a Toy Magazine back in 1995.  It's very likely they were wrong and that incorrect info has lasted for 20 years with no official refute.)

The remaining 3 figures are all new characters for 1995.  The oddest, or course is the Cobra figure climbing the ladder.  Was this a new army builder or character?  He's definitely something collectors would either love or hate.  There is a new figure in the control center who is covered in armor and is wearing a helmet.  Again, he's an interesting take and something more akin to the sci fi elements of the line than the traditional military.  Then, there is a white clad "gunner" figure by the missile launcher.  This guy definitely has the look of a more traditional military figure.  While he's arctic in nature, the design is subtle, but nuanced.  He looks like a figure I'd have easily purchased back then.
(2020 Update: the white figure is Frostbite and the sci fi figure is Duke.  Both were numbered like Mega Marines but would have been 1995 releases.  The Cobra looks a LOT like the 1995 Dr. Mindbender...especially now that we know Mindbender would have included that weapon.  The helmet is weird, so it might have been something else.  But, Mindbender is the best guess.  End 2020 Update.)

This set would have included a Big Ben and Snow Serpent figure.  (Odd, as both of them had been released as mail aways in 1993.)  But, they are not pictured on the box.  Based on the poses for many of the figures, it's probable that this was an early mock up and the box would have been updated with more natural posing for some of the characters once their final colors and looks had been confirmed.

I've always felt that collectors lost a lot by not seeing the 1995 G.I. Joe line.  It seems that it would have been as strong as the 1994 offerings.  Though, it would have had other elements outside the Battle Corps Rangers heading that would have been really, really outside the traditional norms of G.I. Joe.  But, I think what we lost was worth far more than what we managed to avoid.  With as far as many of the 1995 concepts got in the production process, it was a crime we didn't see any of them make their initial appearance during the 2000's.  (Though, I suspect the abject failure of the KB Manimals had something to do with that, too.)  Collectors would have loved a few of these molds.  And, they would have been easy wins for Hasbro.  But, that didn't happen and we are just left to lament what might have been. 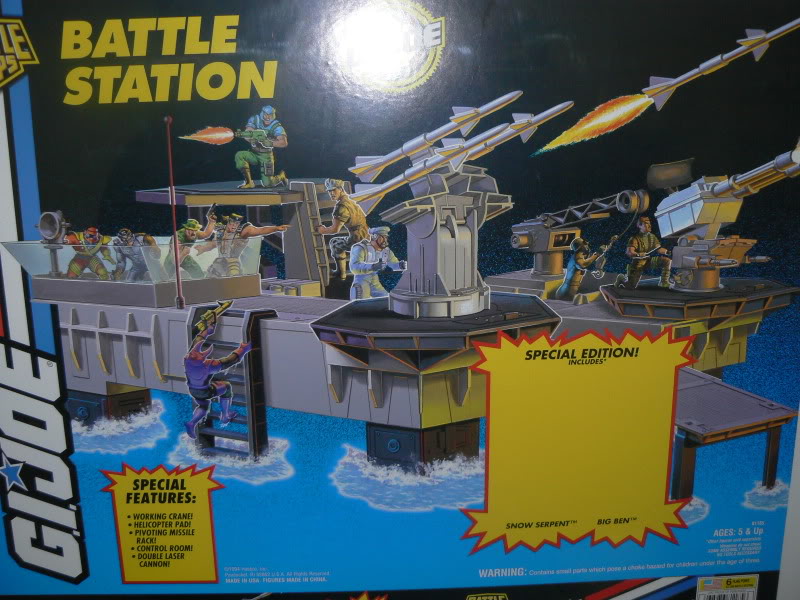 Posted by Robot_Sonic at 3:30 AM
Email ThisBlogThis!Share to TwitterShare to FacebookShare to Pinterest
Labels: 1995, Rarities, Tactical Battle Platform