I end this month of Rarities with my favorite of all: a hand painted 1995 Dr. Mindbender figure.  This Dr. Mindbender figure has long been a favorite of mine.  The facial scars, deformed hand and sinister cloud of mystery that hung over him all added up to a figure that I had to own.  It took me just two years to finally track one down and add it to my collection.  The white, resin prototype was the crown jewel of my collection for many years.  From this unpainted piece, my mind created an abstract vision of what the figure would have looked like at retail.  I imagined something spectacular, befitting the mold and character.  About 5 years after my acquisition of the figure, a colored version finally appeared on the open market.

When the first painted sample of this figure appeared, I was disappointed.  In looking at the figure, I don't really have reason to be disappointed.  But, I am.  The purple and black are an excellent base color scheme.  They are true not only to Cobra, but the character in specific.  Why, then, did I find the figure underwhelming?  The reason was that having owned an unpainted version for so long, I had grandiose ideas of the figure's possible appearance in my head.  The primer colored head of my prototype always lead to believe the Dr. was very pale and ghoulish in color.  Seeing a flesh colored face, with the prominent scars only subtly filled in was a dose of reality so different from my expectation that I couldn't reconcile it.

My biggest complaint was the Dr.'s deformed left hand.  I always imagined this as ghostly flesh with rotted fingernails and exposed bone.  Instead, he's wearing a purple glove.  The hand is the coolest part of the mold and it's buried in the same base color as the figure.  I also always saw the head scars as more pronounced.  On the resin prototype, they are very distinctive.  But, the flesh colored paint hides these traits and makes the figure appear less macabre than the prototype.  If the head was ultimately to be cast in flesh colored plastic, maybe the scars would have been more noticeable.

The reality of the 1994 G.I. Joe line, though, was that paint applications were being skipped in an effort to save money.  As such, that is the likely reason for the two tone body on the figure with unpainted details.  Mindbender's mustache and monocle would have been paint applications and, if the scars were painted, they would have been another.  So, the figure's head was rather expensive and Hasbro had to save money on the rest of the body.  So, the figure's appearance fits with the times, even if it is a bit underwhelming to me.

I have always said, and continue to maintain, that had this Dr. Mindbender been released, he would be a collector favorite.  The design approaches the best appearance of the character and the included helmet would have been an awesome additional accessory that would have given the figure much more breadth.  The figure made it to the resin prototype stage and was very close to production level.  Was the tooling destroyed in the '90's?  Was it too far away from production stage for Hasbro to have used in the 2000's?  Or, did they care or even bother to look?  Those are the questions I have.  The 1995 unproduced figures should have been among the first candidates to see release in the 2000's.  A two pack of this figure and Battle Corps Rangers Footloose would have rivaled army builders in terms of collector acquisitions.  But, that never happened.

Again, this is a case where collectors missed out.  This figure would have been a spectacular release.  But, pretty much every Battle Corps Rangers figure would have been, as well.  I'd trade most of the Battle Corps figures from 1993 for a full production 1995 release.  They planned figures would have been that much better.  At this point, though, ever seeing the 1995 molds at production levels is likely a pipe dream.  Even if the tooling is still out there, there is no mechanism that could drive Hasbro to possibly put them into production for collectors.  That's too bad.  We missed some great stuff in 1995.  At least items like this leave us a bit of a legacy of that lost year. 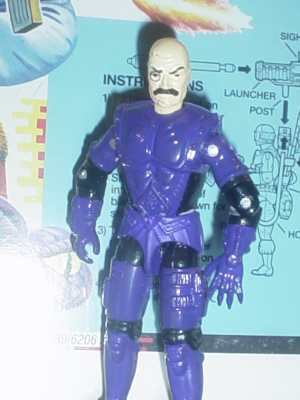 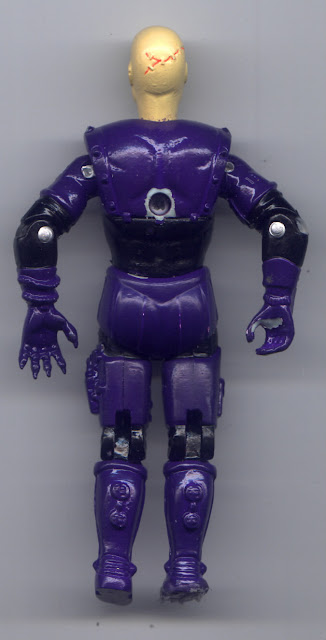 Posted by Robot_Sonic at 3:30 AM
Email ThisBlogThis!Share to TwitterShare to FacebookShare to Pinterest
Labels: 1995, Battle Corps Rangers, Dr. Mindbender, Rarities