Most collectors know that the Toys R Us exclusives of 2003 and 2004 had large numbers of unproduced variants.  What is lesser known is that some Convention figures did, too.  A lot of effort was made to supress these alternates at the time.  And, as such, they remain a largely unknown area of unproduced collection.  But, as you can see below, there are some minor variants out there.

The first is Road Pig.  You see the alternate blue pants as opposed to the grey pants from the production figure.  While these are interesting, it's doubtful that this figure was actually designed this way.  The Dreadnok convention set was supposed to have three motifs among the members: a color for each faction.  It's an element that did not end up getting the press originally intended for it, though.  So, the colors are of less importance than they might have been.  The blue figure may just be a color or mold test on their the plastic or paint applications.  But, being full production level makes it a very interesting piece. 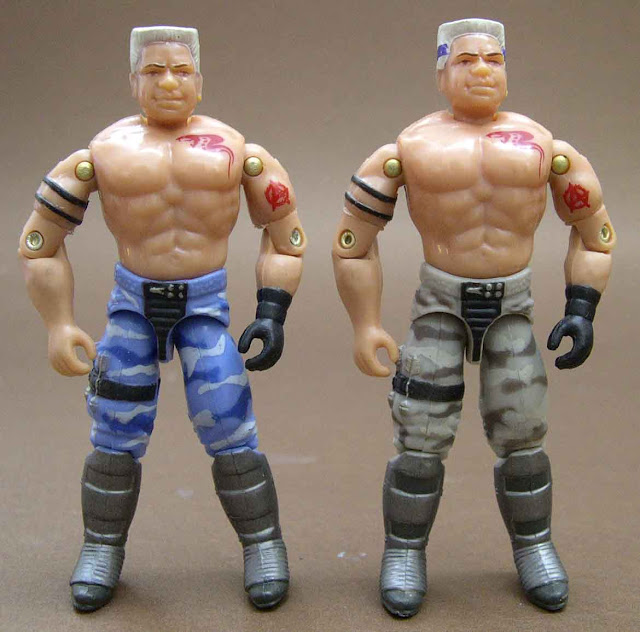 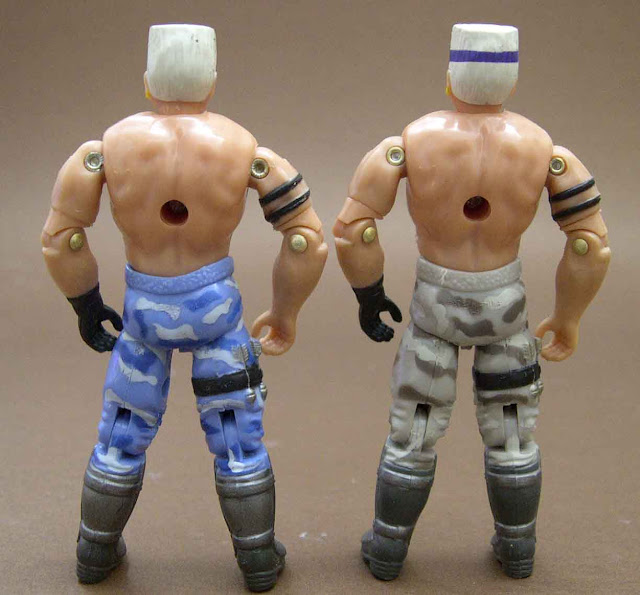 The next figure is an alternate Beach Head figure.  You see the green pants versus the brown pants from production.  This figure is harder to discern.  It may be an early attempt at a color palette that was later changed to the brown.

All of these alternate convention figures were pretty scarce.  They were often only traded privately rather than through public sales.  As such, there may be more variants out there.  But, these are a start and something for the obsessive to seek out. 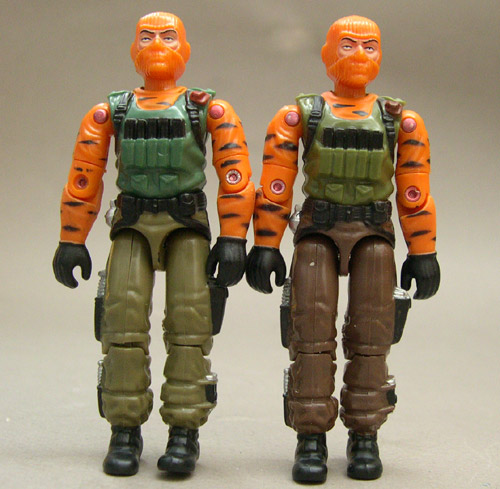 Posted by Robot_Sonic at 3:00 AM
Email ThisBlogThis!Share to TwitterShare to FacebookShare to Pinterest
Labels: 2004, Convention Exclusive, Dreadnok, Rarities