The Comic Packs were a collector hit in 2004.  Unfortunately, the rest of the market didn't agree and they were clearance fodder within a year.  But, the packs endured for a while and gave collectors some really nice figures.  Like most products from that era, though, there were alternate and unproduced variants of many of the figures that were available from Asia.  Most were relatively small changes like missing production dates, or slight color differences.  Some of them, though, are awesome.  Others are mundane.  And a select few are...just...weird.

First up are some basic figures that don't have much in the way of differences.  Destro and Duke are baically the same as their production releases. 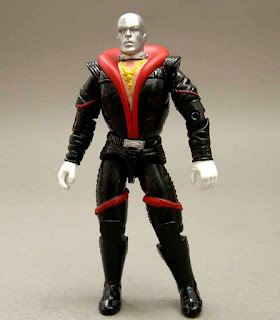 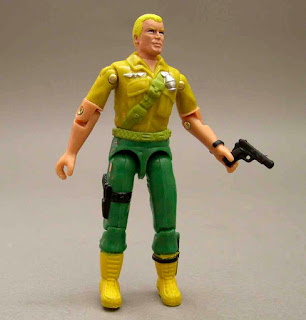 The following figures all have smaller, but still full production heads.  It seems that Hasbro had two different sized heads for their new, comic pack head sculpts.  Clutch is the most obvious as the smaller head is drastically smaller.  (There are actually three Clutch head sizes.  Here you see the smallest and the largest.  There is a third size in between these two.)  But, both the Baroness and Cobra Commander also feature different sized domes.  You will also note the different head insignia on Cobra Commander. 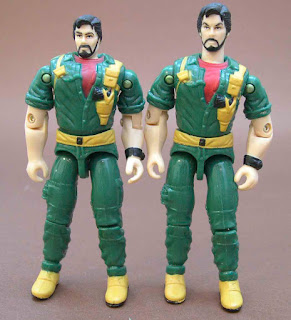 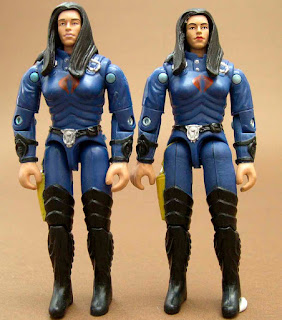 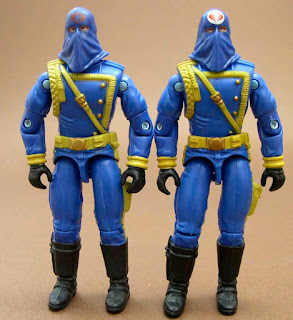 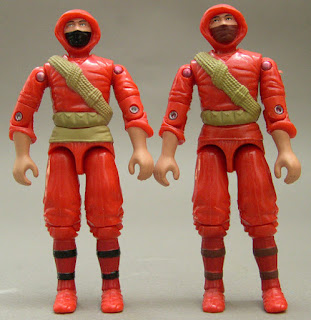 We now come to the very odd.  When the comic packs debuted in the summer of 2004, pack #3 was delayed.  While it ultimately pegwarmed around the country and found it's way to clearance and discount stores, this delay lead to rampant speculation on the pack when it first appeared.  A few weeks later, though, an alternate pack showed up in Asia.  Along with the small head Clutch figure, this new pack featured heads with reversed races for Stalker and General Hawk.  Unfortunately, the bodies still retained the correct skin color.  So, the figures had a mismatch.  But, the Caucasian Stalker head and African American Hawk head were an interesting release.  (I've long used the Hawk head for my Skeres figure.)

You will also see two Destro figures below.  One with a chromed head and another with a charcoal colored head.  It's possible that Hasbro planned for this Destro release to have an actual chromed head.  The figure is greatly improved with it.  The charcoal head is different and gives the figure an alternate look.  I'd have preffered either of these variants to the actual figure we saw at retail. 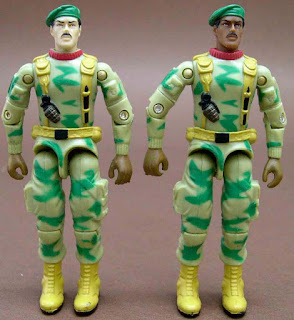 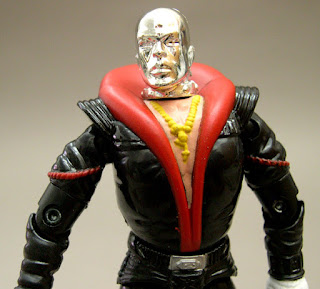 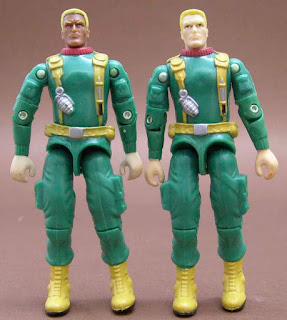 Finally, we see a comic pack Hawk with a green chest.  If he had green arms, too, the figure would somewhat useful, especially with a simple leg swap.  But, the production release with a brown chest was far superior. 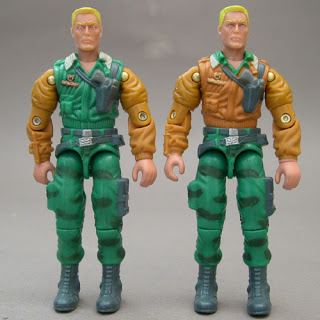 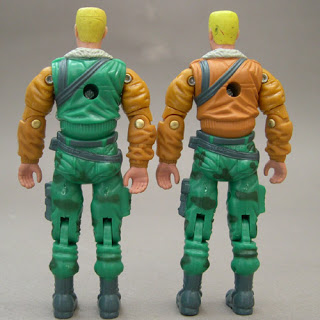 This brings us to the final figure: a green haired Serpentor figure.  Frankly, this green hair makes no sense.  Green eyebrows and eyes are very Joker.  But, when you consider the overall oddness of the Serpentor character, the green hair actually kind of works.  I greatly wanted this figure.  But, put him off to acquire other, more desirable variants.  By the time this guy's number came up, though, the figure was sold out and I never got around to picking him up.  It's just another odd example of what collectors could find in 2003 - 2005.  But, stuff like this Serpentor was more fun than anything Hasbro was doing at the time. 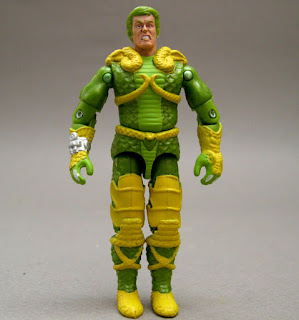 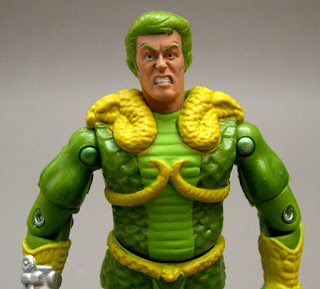