During the Joe Vs. Cobra era from 2002 through 2005, Hasbro tried a lot of things.  The produced hundreds of figures in just a few years.  In the deluge of product they attempted, many concepts failed and were abandoned.  In doing so, several figures were left behind and never got released.

The most prominent example of this was the failed Mission Disk series of figures.  They were single carded products packaged with a computer disk.  They were sold at smaller retailers.  The first wave just used already released figures.  As such, the concept utterly failed at retail.  The second series would have included some new figures, though.  Below is the cancelled Mission Disk Destro, Flint and Double Clutch. 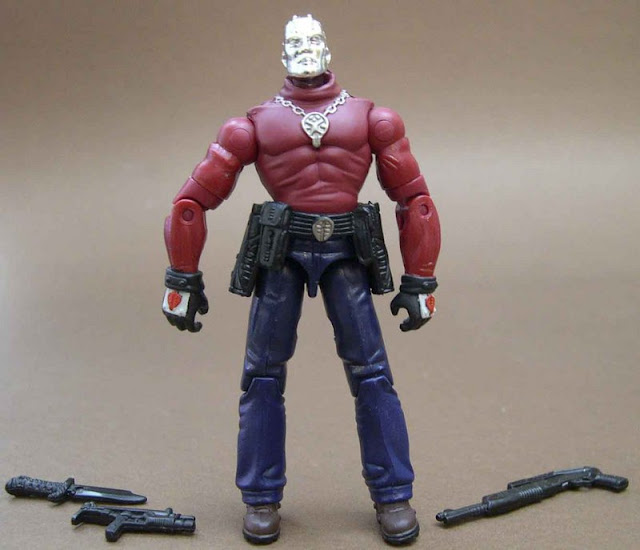 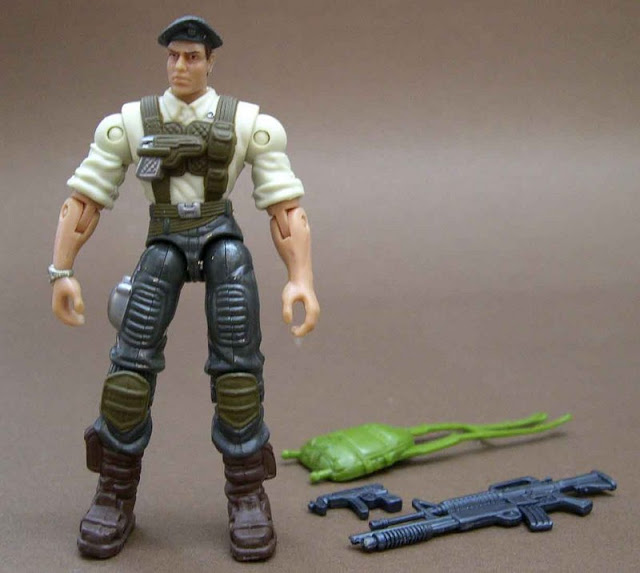 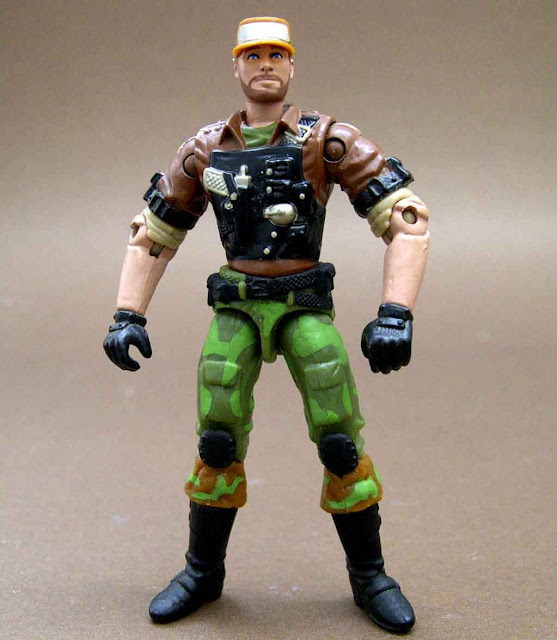 Along with specifically cancelled figures were simply alternate color schemes or unfinished figures that appeared to be first attempts at a design before it went to production.  Below are a Duke, BAT, Shipwreck and Salvo figure that range from completely different from the production figure to simply slightly different. 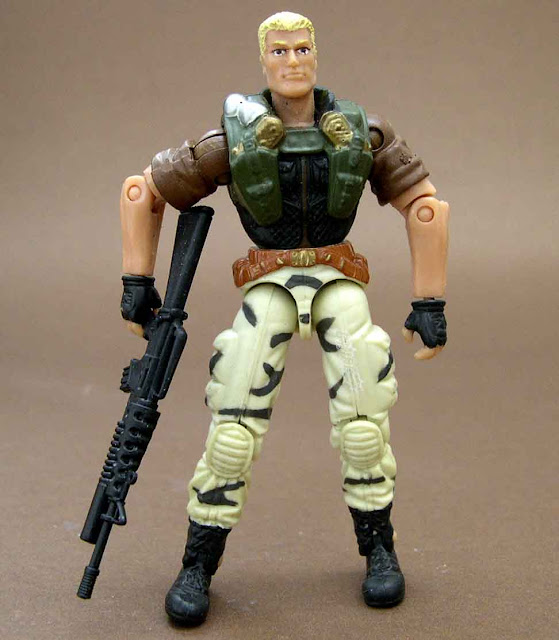 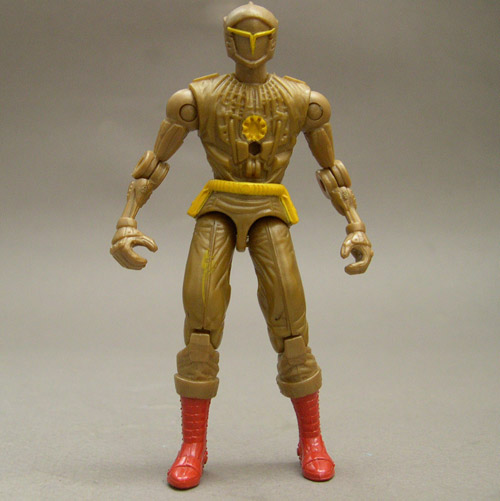 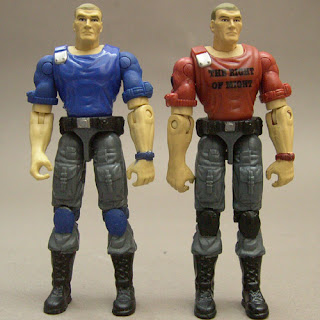 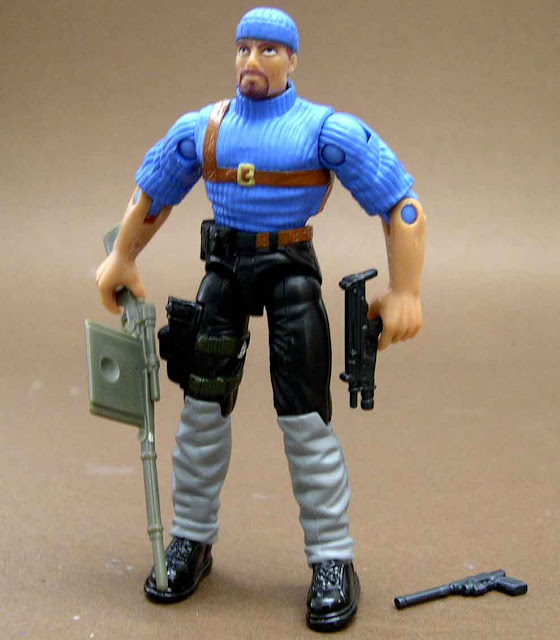 There are some figures that are just...weird.  Below are a Flint and Frostbite figure that simply defy explanation.  The colors are terrible and Frostbite's skin is unearthly.  These figures were unlikely candidates for release.  But, they may have been color or mold tests for other uses of the parts.  Their atrocity, though, is interesting in it's own right. 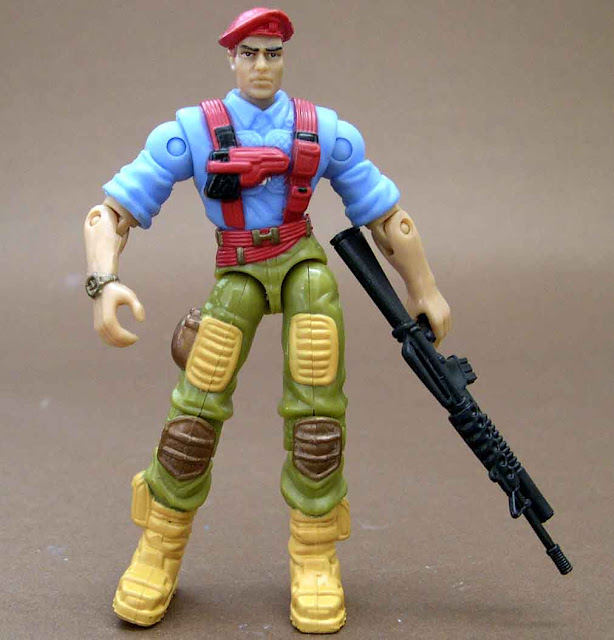 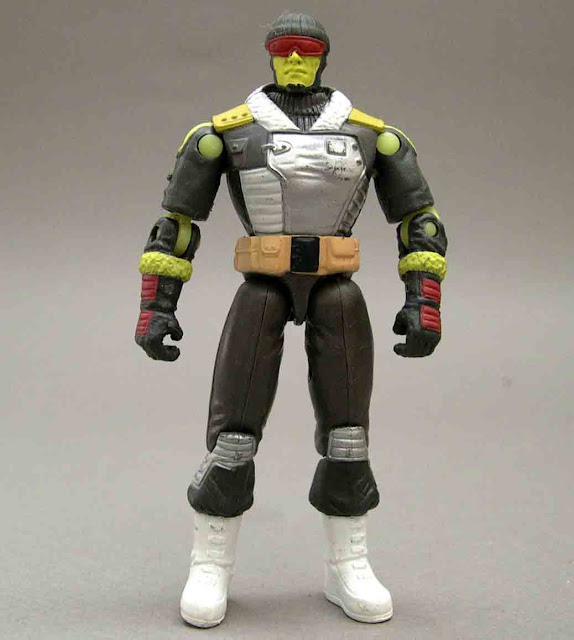 Also among the oddities of the day were a few figures that were without explanation.  Below you see the famous open torso Scarlett figure.  There is no way this figure was ever considered for release by Hasbro.  But, large quantities of them were made and available from Asia.  After initial figures sold for high amounts, the supply increased and the figure is relatively common today.  How this figure came to be is a mystery.  But, it's something collectors have tracked down.  The second figure is the "She Hulk" Bombstrike figure.  While it's not rare to find unpainted prototypes in odd colors, it is rare to find those alternate plastic pieces fully painted like the Bombstrike is below.  Again, this is more a result of production process than a figure that was ever intended for release.  But, they are more oddities that define some of the weirdness that could be Asian figures. 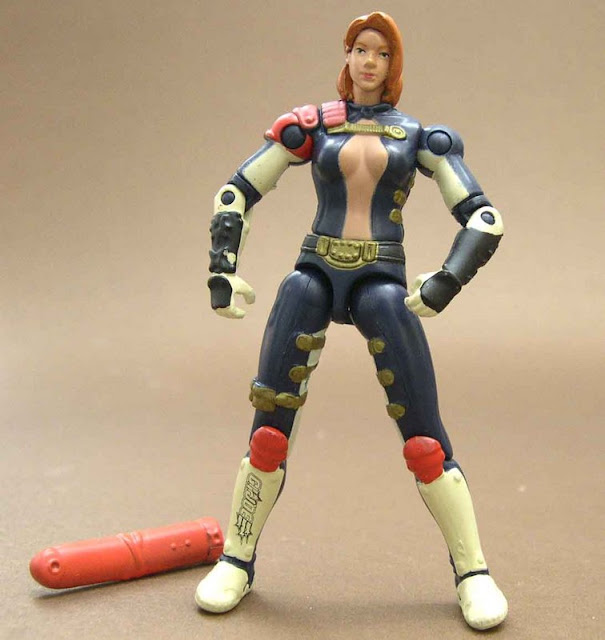 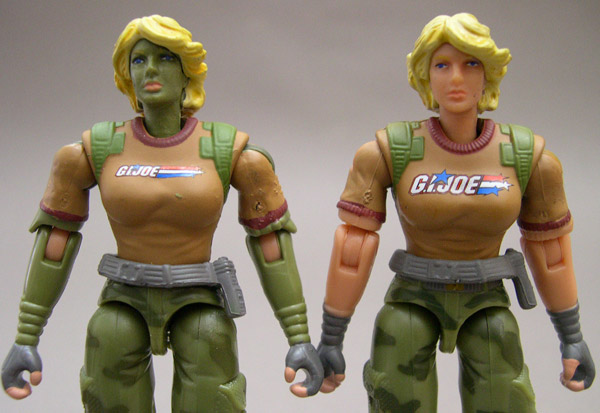 Posted by Robot_Sonic at 3:00 AM
Email ThisBlogThis!Share to TwitterShare to FacebookShare to Pinterest
Labels: 2003, 2004, 2005, JvC, Rarities