Knock Out is the third out of five Ninja Commando figures I've looked at during this month of rarities.  What makes him significant, though, is that he was the lone new character included in the set.  He bears no real resemblance to any, existing figure or character and was, likely, designed as someone who was all new.  And, while it's possible that his filecard exists out there, somewhere, we really don't  have much knowledge about the figure or character behind it.

Who was Knock Out? We don't know much about him.  Good guy or bad guy?  It's hard to say.  If the Ninja Commando Stormshadow was a Cobra, then Knock Out was likely a Joe.  If Stormshadow was a Joe, though, then Knock Out was likely a Cobra.  Stormshadow's pre production card artwork is inconclusive as to whether he's Joe or Cobra.  And, the figure does not feature any Cobra sigils.  But, then again, neither does Road Pig.  So, that alone does not indicate allegiance.  However, Stormshadow's 1994 and 1992 figures were both Joes.  So, his most recent figures had all been good guys.  But, the last issues of the comic had Stormshadow returning to Cobra.  So, it's all very confusing.  But, based on the figure's overall look, colors and the fact that Stormshadow was most likely a Joe, I conclude that Knock Out would have been a Cobra.

Going with the assumption that he is a Cobra, this figure is pretty good.  The dark blue offset by the silver is a striking contrast.  While the open chest does diminish the overall appearance, it's not too much when you consider the figure's release year.  It is the head, though, that is the most interesting part of the mold.  I see a lot of Darth Vader in the general design.  But, the silver eye slits definitely give Knock Out a villain vibe.  I could see this figure have generated some collector attention had it made it to production.

For me, the non standard construction of the Ninja type figures is a real interest killer.  It makes a figure like this appear to not be a G.I. Joe figure since I associate them with the classic o-ring construction.  But, in looking more in depth at the Ninja Commandos, I'm more and more impressed with them.  The figure design was certainly top top notch.  And, the chosen colors were more in line with Joe's traditional approach to figure appearance instead of going with '90's neon.  While I probably would have passed this figure by in 1995, Knock Out would have found an aftermarket home in my collection.  His look is solid and he's distinctive. 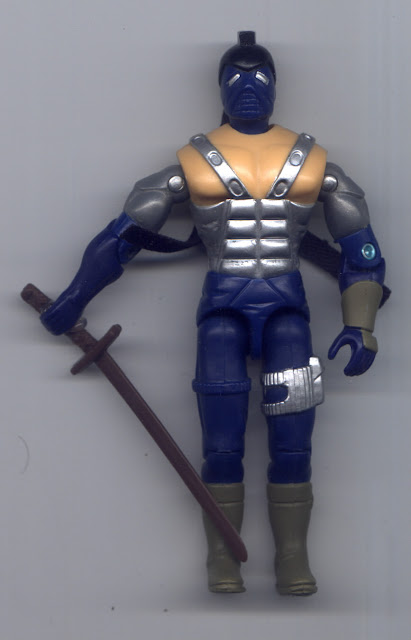 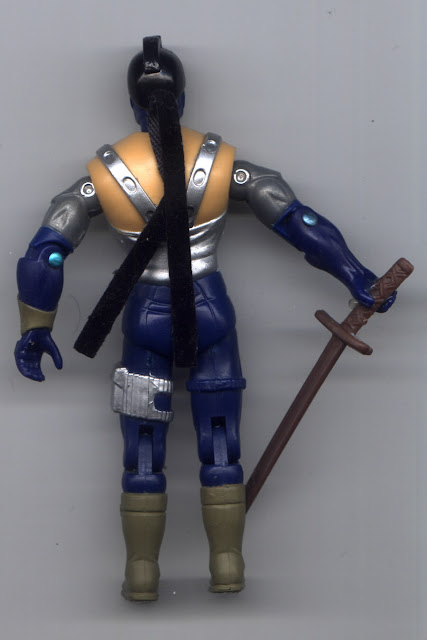 Posted by Robot_Sonic at 2:30 AM
Email ThisBlogThis!Share to TwitterShare to FacebookShare to Pinterest
Labels: 1995, Knock Out, Ninja Commandos, Rarities